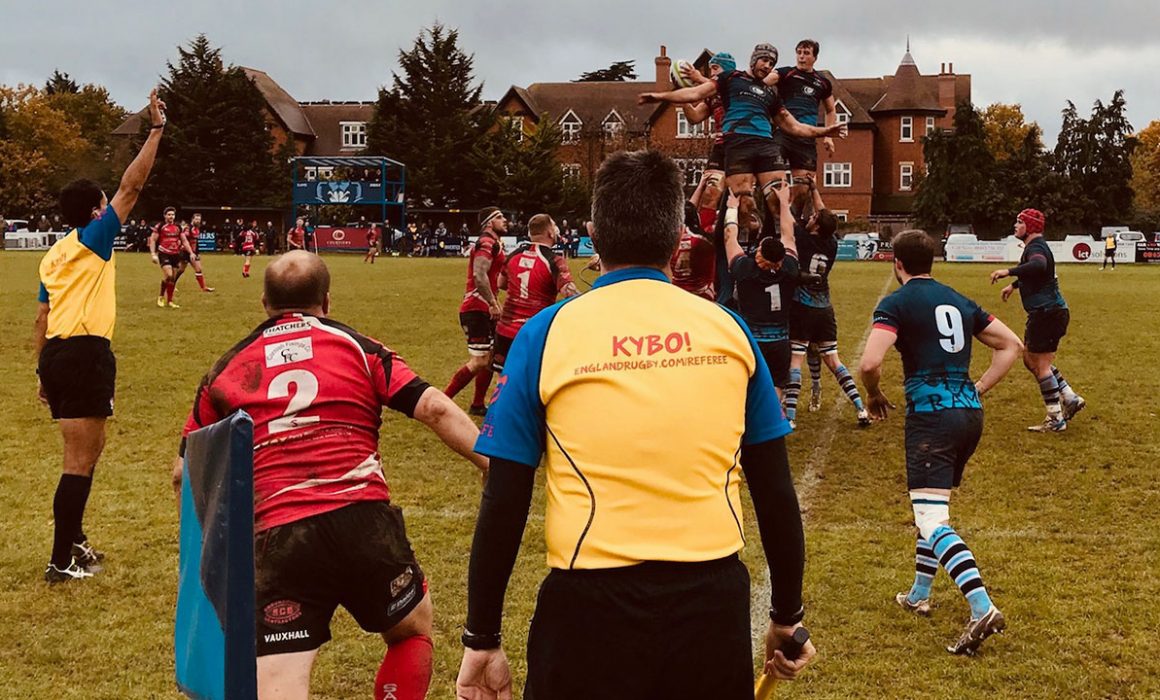 Ahead of Round 12 in the National Leagues, ncarubgy.com previews this Saturday’s fixtures as teams look enter the festive period in high spirits.

Table toppers Coventry resume action aiming for their 12th straight win of the campaign. Rowland Winter’s side are the only team across the National Leagues who have a 100 per cent record, but that will be tested this Saturday when they host Plymouth Albion.

Cov have actually won their last 19 matches and have not lost at home for 13 months. The task for Albion is a tough one, but they are more than capable of getting a result in the Midlands. It has been a few weeks to forgot for Kieran Hallet’s side after just one win in three matches, but the mini-break in the season might be exactly what the doctor ordered as Plymouth look to inflict a first defeat of the term on Cov.

With first entertaining fourth, Darlington Mowden Park will be aiming to capitalise when they travel to Bishop’s Stortford. The second placed side are nine points behind Coventry and back to back home wins have just about kept them in touching distance.

However, Danny Brown’s men know they cannot afford another away defeat this Saturday if they do harbour any promotion hopes. DMP have lost to Esher and Blackheath in their last two matches on their travels and they will be in for a tough test this time out as Bishop’s Stortford are flying.

Five wins in a row for Andy Long’s men really does highlight the fabulous season the Hertfordshire side are having. Following promotion from National Two South, Stortford haven’t looked back. Currently sixth in table, confidence will be oozing at Silver Leys and they will more than fancy their chances of clinching another victory tomorrow.

Down at the wrong end of the table, bottom of the league Fylde will be aiming for their second win of the month as they head to 10th placed Esher who have won their last two home fixtures, keeping up their impressive record at Moseley Road.

15th placed Loughborough Students are five points from safety as things stand but face a tricky fixture away at fifth placed Blackheath in Round 12, while the other team in the bottom three, Old Albanian, host Cambridge at Woolams.

Elsewhere, Hull Ionians are three points clear of the drop following consecutive home wins and they’ll be aiming for a trio of victories at Brantingham Park when they welcome Old Elthamians. Also, Caldy and Rosslyn Park will be keen to continue their movements away from danger when they take on Birmingham Moseley and Ampthill & District, respectively.

It has been a month to forget for Stourbridge. After clinching nine straight wins heading into November, Neil Mitchell’s side have been halted in their tracks over the last few weeks and a lead of 11 points at the top of this division is now down to just two. Back to back defeats against Sheffield Tigers and Sale FC are the reason for that, but a victory this weekend against South Leicester would be a huge boost for Stour heading into the festive period.

South Leicester will make life difficult for the visitors, though. Three wins from their last four matches has kept them in the top six and the men from Welford Road will be keen to maintain their positive form as they look to continue their solid season thus far.

Breathing down the necks of Stourbridge are Hinckley and Tynedale. Both sides are level on 44 points and both have the same record (W9, L2) as the league leaders. Hinckley’s campaign keeps on improving as each week passes by and up next for George Chuter’s men is a home fixture with Luctonians. In contrast to Hinckley’s form of five straight victories, the Lucts are desperate to triumph after no win in six. As for Tynedale, they seem to be over their mini-blip of two straight defeats and this weekend, they host an Otley side who are without a win since September 16th.

Below Hinckley and Tyne sit Sedgley Park and Sale FC. Sedge are just three points off Stourbridge and that is mainly thanks to a run of five wins from their last six matches which would’ve pleased Head Coach Matt Bebbington after a mixed start to the season. The Manchester-based club welcome Blaydon to Park Lane this weekend while Sale, who have won their last four matches, will be hoping to keep the pressure on the teams above when they take on bottom of the table Wharfedale at Heywood Road.

Wondering when our next game is??? pic.twitter.com/UXm0UCQMxw

With the likes of Luctonians, Otley and the aforementioned Dale all facing difficult fixtures this Saturday, Macclesfield’s game with Sheffield presents a perfect opportunity for one of those sides to really take advantage.

The hosts Macc have had a tough time of things following relegation from National One and just one win from their last five games highlights that. The Blues sit four points clear of the relegation places while Sheffield are eight points adrift of safety. The Yorkshire club have tasted victory on just one occasion since promotion in May, but a win at Priory Park tomorrow would be a fantastic way to head into December.

National Two South league leaders Chinnor will be aiming to stay on top of this division heading into the New Year and a run of five games before Christmas begins with a trip to Redruth. Matt Williams’ side have won their last 10 matches, but they know they cannot afford to get complacent. This time last year, the men from Kingsey Road suffered a downturn in results – which was a factor in why they missed out on possible promotion – so Chinnor will be keen to avoid a repeat of that this season.

However, a visit to Redruth won’t be easy. Pale Nonu’s men are currently sixth in the division following three wins from their last four games, but it is their home record which stands out so far this term. The Reds have won all six of their matches at the Recreation Ground and they did beat Chinnor 29-12 in this corresponding fixture back in January so the Cornwall outfit will be eager for a similar outcome tomorrow.

Two points behind Chinnor in the table are Cinderford. Paul Morris’ men are mounting a serious challenge to return to National One after relegation in 2016 and the Gloucestershire side have rarely put a foot wrong this campaign. A defeat against Chinnor is the only negative result of their season thus far and they resume action this weekend against bottom of the table and winless Wimbledon.

Arguably, the standout fixture of Round 12 is at the Commsplus Stadium as third placed Taunton Titans take on fourth placed Redingensians. November has not been a month to remember so far for the Titans as successive defeats against Henley Hawks and London Irish Wild Geese ended Taunton’s 100 per cent start to the season and saw them fall down to third in the table.

Tony Yapp’s side will be itching to end a difficult month on a high as they look to close the gap on the top two while Redingensians will be aiming to reduce the point’s difference between themselves and Taunton. The Rams are just four points behind heading into this encounter and that is mainly down to a run of six straight wins. A victory last time out against Redruth highlighted the quality in this Redingensians team and a win in Somerset this Saturday would further emphasis the brilliant season the Berkshire club are having.

In the bottom half of the table, it is a big weekend for Old Redcliffians and Broadstreet as the sides clash at Scotland Lane. Both teams are currently in the bottom three and are separated by a single point. More worryingly, 14th placed Broadstreet are already 14 points away from safety so a defeat for either side in Bristol this weekend would be a huge blow to their survival chances.