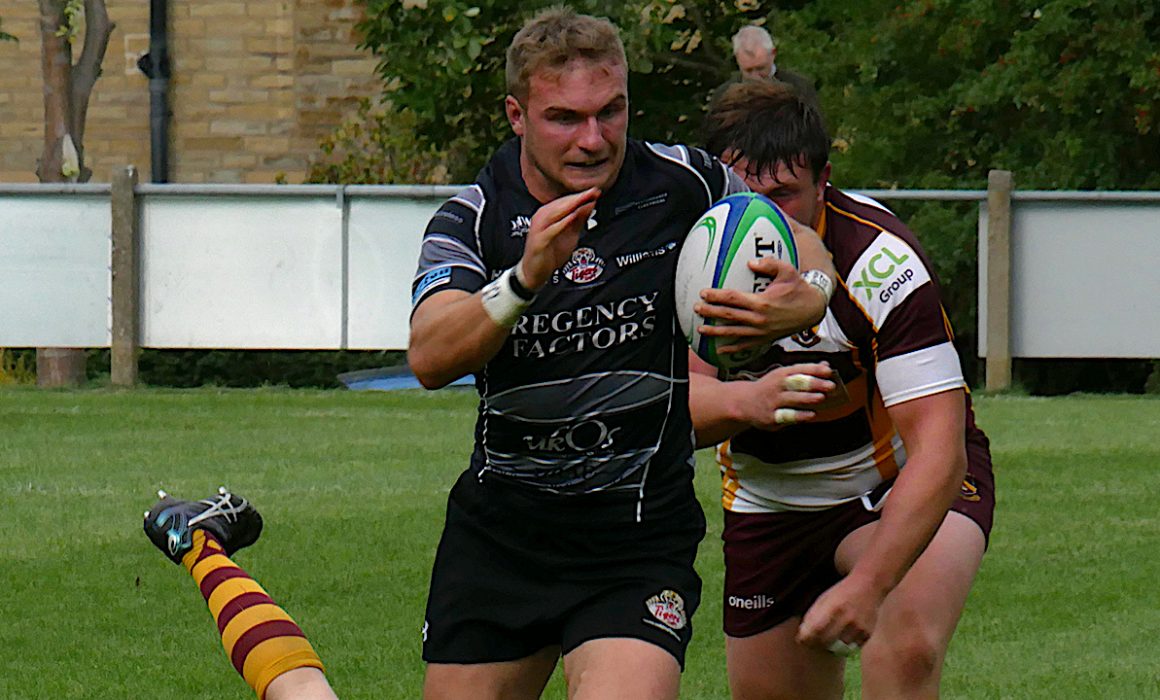 Enjoying the start to his second season in National Two North, Sedgley Park fly-half Ollie Glasse spoke to the NCA about his move to the club, the team’s promotion push last term and what he hopes to achieve this year.

“I knew two mates from school that were here in Manchester, but apart from that, I was coming to a new place and a new city,” said Glasse.

Recommended to Sedge by Manchester Met University head coach Rob Jones, Glasse was impressed with what he saw at the beginning of last season.

“I spoke to a few people at the club and it was obvious there was nowhere else better for me to go”, began English Universities Sevens captain Glasse. “Since I’ve been here, it’s been more than I could of ever expected.”

After playing for three years at Cardiff Met, Glasse was taken aback with the quality that the National Leagues had to offer.

“I played men’s rugby in Wales, with Cardiff Met’s first team. When I was playing there, a lot of the teams relied on physicality, whereas here, it is tactical and the skill level is a lot higher.

Sedgley were arguably one of the most exciting teams in the National Leagues last year as the Tigers gathered 26 try-scoring bonus points catapulting the club to second in the league.

“We perhaps let ourselves down with a few defeats early on in the season, but post-Christmas we were unbeatable really” commented Glasse on his side’s form last season.

“I was delighted when we realised what a strong squad we have, with the ability to be very ambitious.”

Aged just 22, Glasse has had a huge amount of experience already having played BUCS Super Rugby during his time in Cardiff and he feels that his time in Wales has helped him since joining Sedgley.

“The three years I spent at Cardiff Met, I was pretty much a full-time rugby player. You’re training every day and you get better every week, every day.”

However, Glasse’s objectives for this season are simple: “Hopefully along the way I will learn from the senior guys and improve my personal game. But also, be the best I can be and hopefully do my job for the team”

This weekend will be Sedgley’s first home game of the season against Otley. Having lost last time out away to Wharfedale, Glasse is keen to get back to winning ways.

“There’s definitely been an edge to training this week, added Glasse. “Everyone is keen to put in a performance worthy of what we can do.

“We know that when we get the simple parts of our game right, we are a major threat going forward.”

“Although it’s no excuse, we have probably been to two of the toughest away grounds in the league, so it would be nice to be back to winning ways at home.”