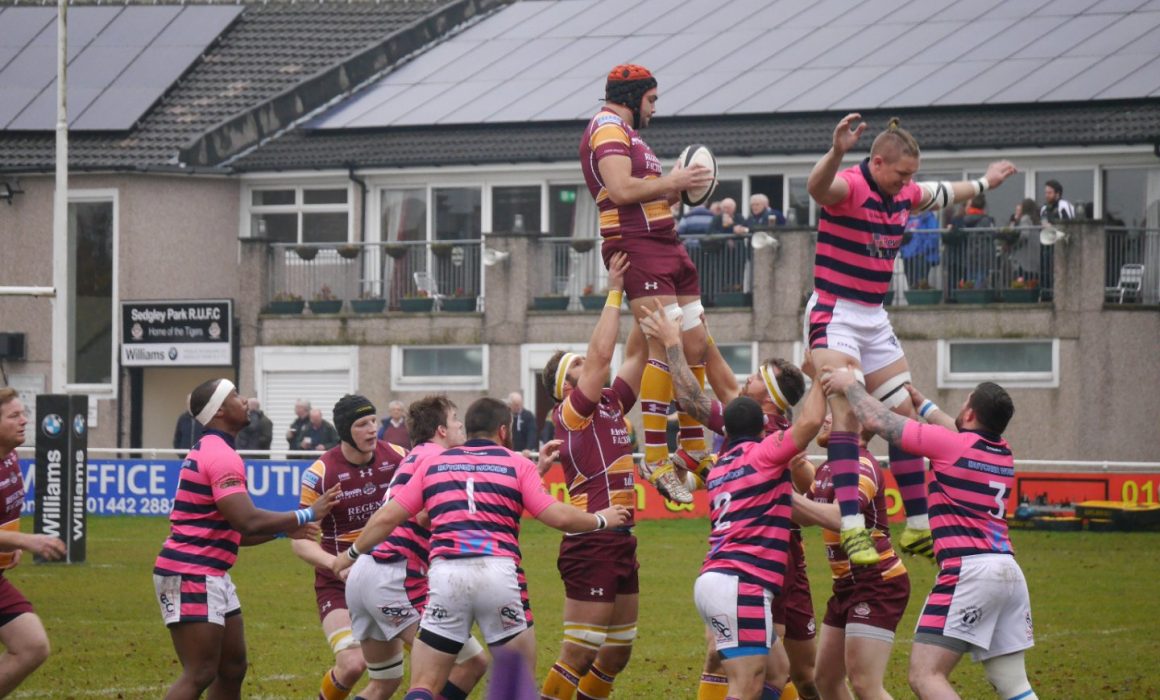 Ahead of Round Nine in the National Leagues, we preview this Saturday’s fixtures as teams look to end October on a high.

Top of the table Coventry will be aiming for a ninth successive triumph this weekend when Rowland Winter visits his old side, Cambridge. The Midlands outfit equalled a club record 16th  straight win last Saturday following another comprehensive victory over Loughborough Students and with a current lead at the summit of six points, not many would bet against them when they travel to Volac Park tomorrow.

However, the hosts cannot be underestimated. Cambridge would probably have admitted they weren’t favourites before they took on Ampthill and District last weekend, but the Blood and Sand produced some resilient defending to edge out the hosts in what was an impressive triumph for Ross Stewart’s men. Now, Stewart will be looking to get a result against his predecessor as Cambridge aim for a second home win of the campaign.

Arguably the game of the weekend in National One sees Darlington Mowden Park host third placed Plymouth Albion at the Northern Echo Arena. DMP have only suffered two defeats this campaign – against Coventry and most recently, Blackheath – so they will be eager to try and gain a win against a side around them in the table if they have ambitions of staying in those top places.

As for Albion, they were left frustrated last weekend by Old Elthamians as their winning run came to a halt, but Kieran Hallet’s side are still unbeaten since the opening day of the season and a victory in the north would certainly make the long journey to back to Brickfields muc more enjoyable.

Having stated that the match of Round Nine could be Plymouth’s trip to Darlington, there is a strong candidate at the wrong end of the table as Loughborough host Hull Ionians. The Students have won just one of their last 12 games and currently sit in the bottom three while 14th place Hull Ionians gave their season a boost last Saturday by beating fellow strugglers Fylde. Can the I’s deal another blow to a rival?

It is first against third in National Two North this weekend as Stourbridge host Sedgley Park. The league leaders are back at Stourton Park tomorrow having made it nine wins on the spin after victory over Leicester Lions. Stour now face the biggest challenge to maintain their 100 per cent start to the season as Matt Bebbington brings his Sedge side to the Midlands in decent form. The Manchester-based club have won three of their last four matches and another victory this weekend could really make a statement as they look to close the gap on the promotion spots.

Sedge sit just two points behind second placed Tynedale heading into Round Nine after the northeast club suffered their first defeat of the season last Saturday. Scott Lawson’s men were undone by the boot of South Leicester’s Rickie Aley six days ago, but now they will be looking to respond. They face a tough test against a strong Hinckley side who currently occupy fourth place in the table.

Both of the other sides in the top six are away from home as South Leicester go to struggling Macclesfield and Sale FC take the trip to Otley.

Down at the bottom, two sides who were separated by a division last year meet in Yorkshire as winless Sheffield host Blaydon. Sheff are yet to taste success since promotion, but the side propping up the league table are showing signs that a victory is not far away. However, their opponents now seem to be clicking into gear after a slow start to the season. Blaydon were relegated from National One, but head to Abbeydale Road having won their last two matches.

Another side at the wrong end of the table is Wharfedale who will be desperate for a win against Leicester Lions on Saturday, who have won three of their last four matches. Meanwhile, Luctonians aim to arrest a run of three straight victories against Sheffield Tigers while Chester host Huddersfield at Hare Lane.

Taunton Titans negotiated a tough task against Canterbury last weekend to extend their 100 per cent start to the season and now they have an eye on making it nine victories on the trot when they go to Clifton tomorrow. Despite the Lavender and Blacks sitting in 10th place, they should not be underestimated by Tony Yapp’s league leaders as the Gloucestershire side held second placed Chinnor to a draw on the opening day of the campaign.

The aforementioned Chinnor will be hoping for a similar result at Station Road this weekend as they continue to battle to close the gap on Taunton. Seven straight wins for Matt Williams’ men leaves them just one point behind the Titans and next on their agenda is Old Redcliffians who are still without a win this term. Added to that, Chinnor have not lost at home for 22 matches, but ORs may look to fellow promoted side Tonbridge Juddians who ran the Black and Whites close two weeks ago.

Down at the bottom, it is another intriguing fixture for London Irish Wild Geese as they take on bottom of the table Wimbledon. Geese lost in awful conditions away at Barnstaple last week but this fixture presents another chance for them to climb further away from danger. This game also offers the opportunity for Wimbledon to break their duck. Despite playing and scoring well, the Dons are yet to be rewarded. Will they taste victory this weekend?

Elsewhere in National Two South, Broadstreet have a tricky trip to third placed Cinderford, in-form sides Canterbury and Bury St Edmunds meet in Kent and Redingensians host Barnstaple. Also, Redruth will be aiming for their first away win of the season at Henley Hawks and Worthing Raiders are at home to Tonbridge Juddians, with both sides desperate to halt their slides down the division.