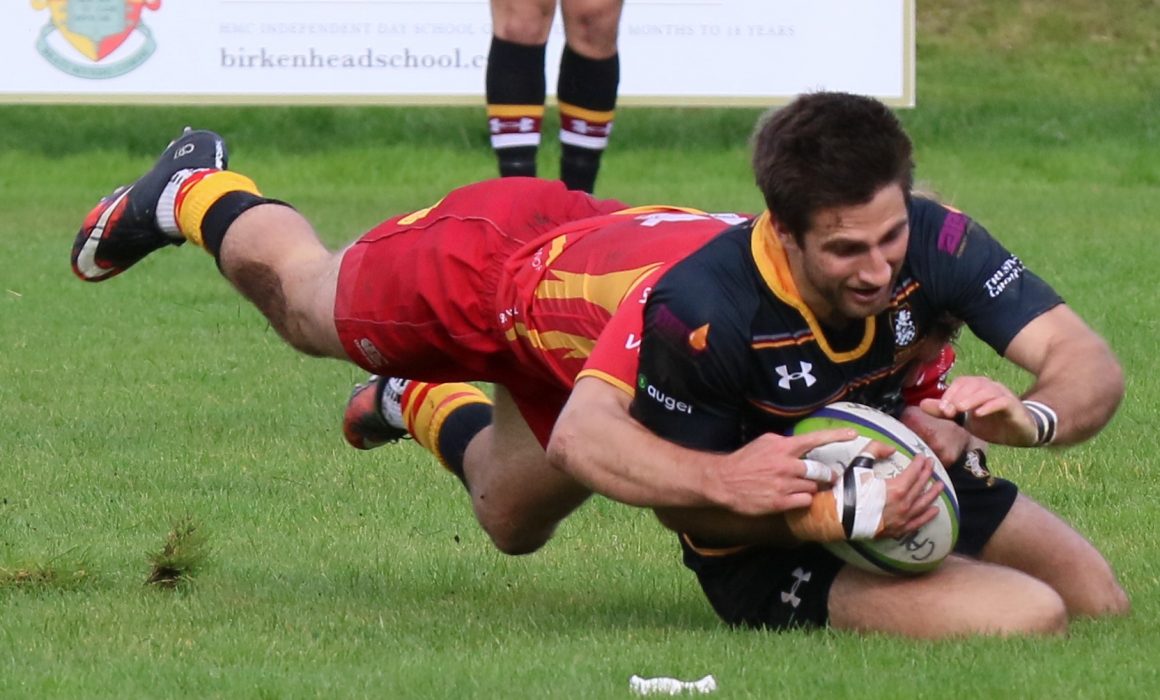 As the weekend draws closer we take a look at all three leagues and the sides looking to make it 5 from 5 at the start of this 17/18 season.

Early table toppers Darlington Mowden Park are back in the northeast this weekend as they prepare to take on Caldy. DMP have been faultless, in terms of results, so far and Danny Brown will certainly be eyeing a perfect end to a superb September for his side.

In their way stand a Caldy outfit that will certainly not be pushovers. Simon Verbickas’ men have started life in National One very positively and currently lie seventh in the table following two wins and two defeats. The Wirral side would have been disappointed to lose their first home game in 16 matches last week against Cambridge, but they have the chance to make amends tomorrow.

The only other team with a 100 per cent record to their name heading into Round Five are Coventry. Rowland Winter’s men have looked very strong after finishing fourth last term and the Midlands side have picked up from where they left off. Cov travel to Esher this weekend having won their last 12 games – a run which stretches back to February – so this will be a tough test for the hosts.

However, one thing which Esher have been very good at over the last year is winning at home. The men from Moseley Road have won six of their last eight matches in front of their own supporters and the Surrey based side will be itching to keep that run up, especially having lost last week against Amphill and District.

Down at the bottom, Hull Ionians will be aiming to end a very difficult September on a high when they take the trip to Blackheath this Saturday. The Yorkshiremen have lost all four of their fixtures thus far and the odds seem stacked against them this weekend.

The reason why the I’s might not break their duck tomorrow is because of the way their hosts have started this term. New head coach James Shanahan will be satisfied with how his reign at Well Hall has gone so far, having won three of their opening four matches. Their first defeat came last Saturday against Cov, but considering ‘Club’ have already played four of last year’s top eight, it is a solid start to a season which can certainly be improved on tomorrow.

Like Hull Ionians, Fylde are still winless as the first month of the season comes to a close. Warren Spragg hasn’t had the same amount of joy as the aforementioned Shanahan at the start of his tenure, but the Lancashire side do have the quality to turn around a very tough start.

The men from Woodlands welcome Rosslyn Park to the northwest tomorrow and the hosts may fancy their chances. After a wonderful display on the opening day of the season against Old Albanian, Park come into Round Five on the back of three straight defeats so it might be a good time for Fylde to play them. However, Kieran Power and his side know there is a flipside to that argument as they look to react from a frustrating few weeks.

Elsewhere in National One this weekend, third placed Plymouth Albion travel to Loughborough Students, high-flying Bishop’s Stortford host an improving Ampthill side while Old Elthamians go to Cambridge and Birmingham Moseley take the trip to Heretfordshire to take on Old Albanian.

National Two North leaders Stourbridge will be aiming to continue their wonderful start to the campaign when they host Chester at Stourton Park tomorrow. Neil Mitchell’s men are currently playing with a swagger following a disappointing end to the 16/17 season and the Midlands side will be seen as favourties heading into this one, considering Chester haven’t won away from home in their last five matches.

But the Cheshire side will have something to say about that. Both of their victories this term may well have come at Hare Lane, but Chester’s standout result against recently relegated Macclesfield in Round Two suggests that they can match any side on their day.

Like Stourbridge, Tynedale are also four wins from four heading into the finally weekend of September. but that record has been put to the test in recent weeks. Tyne have twice snatched victories in the final minute against Huddersfield and Leicester Lions in their last two matches so they will be hoping for a more straight forward outcome from their home fixture with Sedgley Park tomorrow.

However, that is easier said than done. The visit of Sedge is arguably Tyne’s toughest test this season due to the fact that the Manchester based club finished in fourth place last year. Added to that, new head coach Matt Bebbington has guided the Tigers to three wins from their first four matches and he certainly would have been pleased with their response against Hinckley last week, following their defeat to South Leicester in Round Three.

At the wrong end of the table, something has got to give when newly promoted Sheffield host Wharfedale in a Yorkshire derby as both go in search of their maiden victories for the season while Leicester Lions will be aiming to do the same when they travel to Macclesfield as they look to put a dismal start to the campaign, behind them.

Other fixtures in National Two North this weekend see a strong Sale FC outfit take on the impressive South Leicester while Luctonians host Blaydon, Huddersfield travel the short distance to Otley and Hinckley at home to Sheffield Tigers.

In National Two South, Cinderford have definitely caught the eye in the opening four rounds and they will be eager to end a brilliant month on a high this weekend. Paul Morris’ side have looked rampant this term on their way to securing four straight wins, but they were given a slight scare by London Irish Wild Geese last Saturday despite winning 29-21.

That may well have been something their opponents in Round Five, Redingensians, looked at this week. The Rams welcome Cinderford to Old Bath Road having won two and lost two so far and they will be fully aware of the challenge which faces them this Saturday as they look to end the month with a victory.

The game of the weekend in National Two South and in all three National Leagues is arguably down in Somerset as Taunton Titans host Redruth. The sides have finished in the top five in each of the last two seasons with the Titians finishing a place above the Reds on both occasions.

Taunton head into this fixture at Hyde Park having won all four of their matches thus far while the visitors have just a single defeat to their name following a loss to Barnstaple in Round Two. This one should be a cracker.

While Cinderford and Taunton may well be grabbing the headlines for their bucket load of tries and four successive victories, quietly going about their business are Chinnor. Matt Williams’ side have certainly put a frustrating draw on the opening day at Clifton behind them as they have won three games on the spin ahead of their clash with Worthing Raiders at Roundstone Lane tomorrow.

The Raiders have just gone off the boil slightly after two straight wins at the start of the season, but Jody Levett’s side have the quality amongst their ranks to cause Chinnor problems in West Sussex.

Worthing have been a team that has fought off relegation in the last couple of seasons and currently down at the bottom of the division are four sides who are still without a win. London Irish Wild Geese, Wimbledon and Broadstreet have all shown more than enough to claim their first victory of the term while new boy Old Redcliffians are still adjusting to life at this level.

All four of those sides are away from home tomorrow as they take on Tonbridge Juddians, Bury St Edmunds, Henley Hawks and Clifton respectively, while the only other match-up in the division sees Canterbury host Barnstaple.