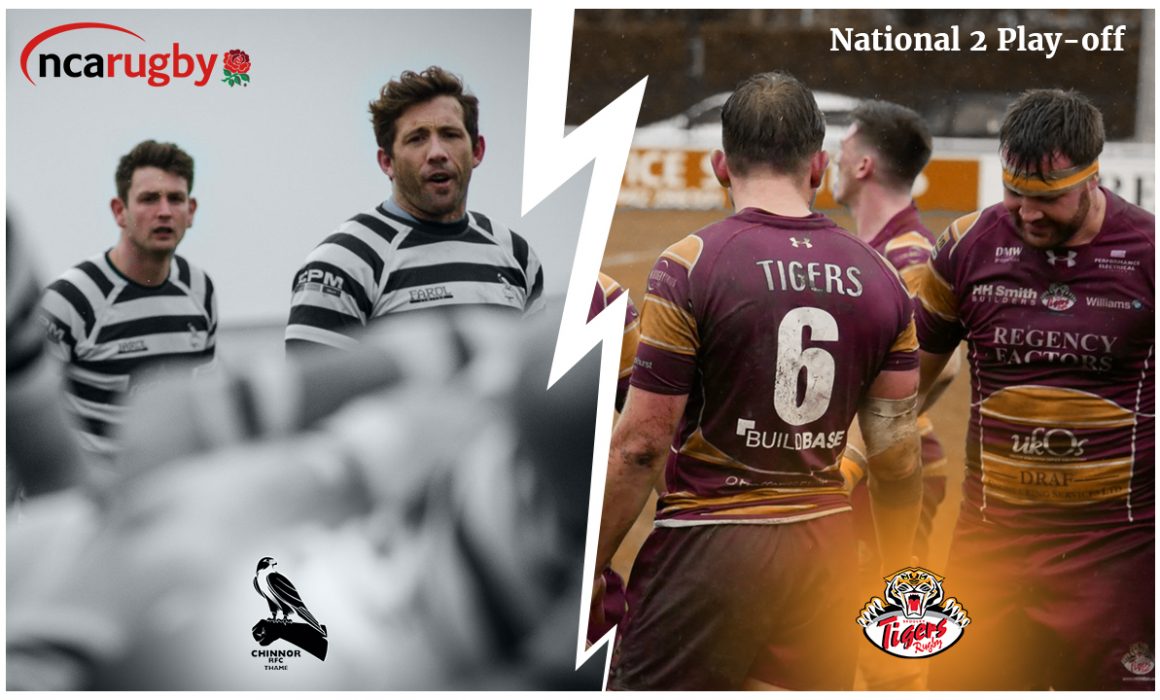 Matt Williams believes Chinnor have the squad to compete in National One, but admits they must be at their very best to earn promotion.

The Chinnor Director of Rugby has urged his side to embrace the “biggest game in the club’s history” as they prepare to host Sedgley Park in the National Two Play-Off at Kingsey Road.

Williams says home advantage this Saturday is key for Chinnor as they aim for a place in English rugby’s third tier.

“We think as a squad we are ready to take the next step,” he said.

“I was given a three-year mandate by the club to get to National One and this is the third year.

“Each year we have moved a step closer and we want to be in National One and we have worked really hard this season.

“I am delighted for the boys. To come through the whole season and lose just three games is a feat in itself and in some previous seasons, the amount of points we gained would have won us the league.

Chinnor and Sedgley Park are on the cusp of National One, but who will take the next step?

“We have lost two games in two years at home and that is a record that we’re very proud of. Kingsey Road is a tough place to come and play when the 16th man is on your back and this weekend is about everybody embracing the biggest game in the club’s history.

“I would be very disappointed if in a winner takes all game, we don’t understand the importance of our preparation because we have to be ready.”

Having finished second in National Two South behind Cinderford, Chinnor head into this clash against Sedgley Park aiming to become the seventh side from the south to win the play-off game.

Old Elthamians and Old Albanian are the most recent teams to progress into National One after finishing in the runners-up spot in National Two South while the likes of Rosslyn Park, Jersey, Worthing Raiders and Richmond have also achieved the feat since the play-off was introduced eight years ago. 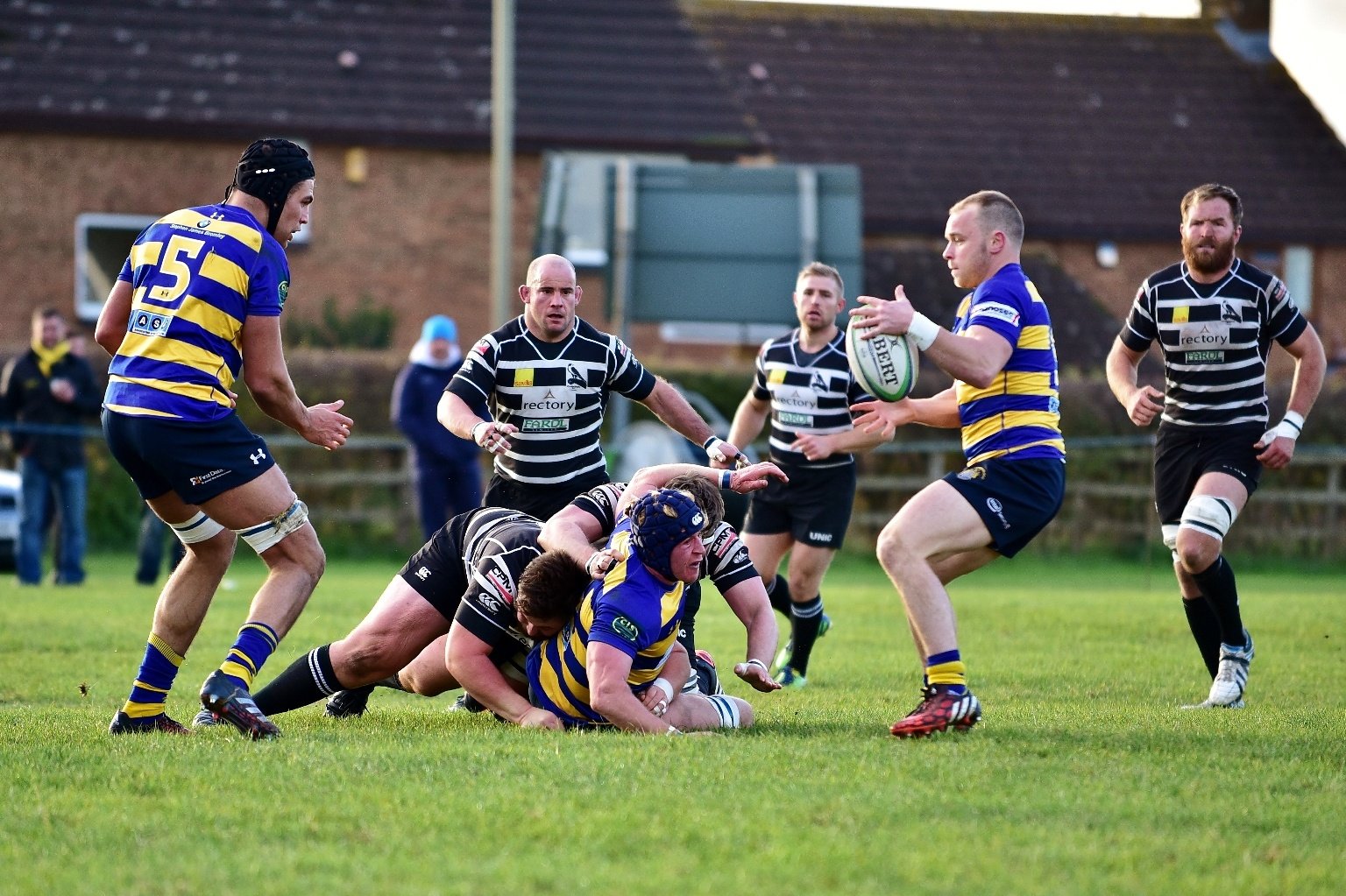 Sedgley Park have tasted the play-off before when they lost to the aforementioned Old Albanian in 2016, but after a scintillating National Two North campaign in which they have scored over 150 tries, Williams is fully aware of the threat the Manchester-based side will pose on Saturday afternoon.

“Sedgley are scoring tries for fun at the moment,” he said.

“They have won by big margins, but they will be coming across a defence this week that will have points to prove and I don’t think either team will change their approach.

“You are not going to try and reinvent the wheel. It is going to be two teams, playing expansive rugby and trying to score lots of tries with the opposition trying to stop them. It is that simple! I think the winner on Saturday will be the team that can hold their nerve defensively.”

Chinnor welcome Sedgley Park to Oxfordshire having won 10 of their last 11 matches after their title chances were dashed against Cinderford back in January. Their only defeat since then came against Canterbury two weeks ago, but Williams was pleased by his sides reaction against Clifton on the final day of the domestic season.

“We had a moment after Cinderford where it could have gone one of two ways,” Williams said.

“We could have found ourselves so disappointed at the loss that we ended up on the ropes but, we brushed ourselves down and refocused.

“The difference with this Chinnor side to the side which I had last year is when this team wants to switch it on, they are devastating. The problem is, they easily slip on occasions at various different points in a game.

“When they are ready and raring, they are great and the Clifton result is the prime example of this. We went to Canterbury two weeks ago and quite frankly didn’t show up.

“We needed to get the wheels back on against Clifton and we achieved that. We put in a really accomplished performance last week and it was just at the right time coming into this week’s game.”

Head coach Matt Bebbington insists Sedgley Park’s form will give them confidence at Kingsey Road on Saturday, but has declared their recent results won’t count for too much.

The Tigers go into the National Two play-off having won 14 of their last 15 games, ending the season with 166 tries scored, and Bebbington is looking forward to the challenge.

“It definitely gives us confidence,” he said. “The second half of the season does give us that belief because we have found different ways to win matches, but it is a cup final.

“Maybe form is irrelevant really. We are excited about taking the challenge on. Chinnor have got a very strong home record, but we are concentrated on getting the ‘brilliant basics’ right.

“It is great to be involved in these sorts of games. Sedge haven’t been promoted for 14 years in the league so we just need to get our processes right and prepare well.” 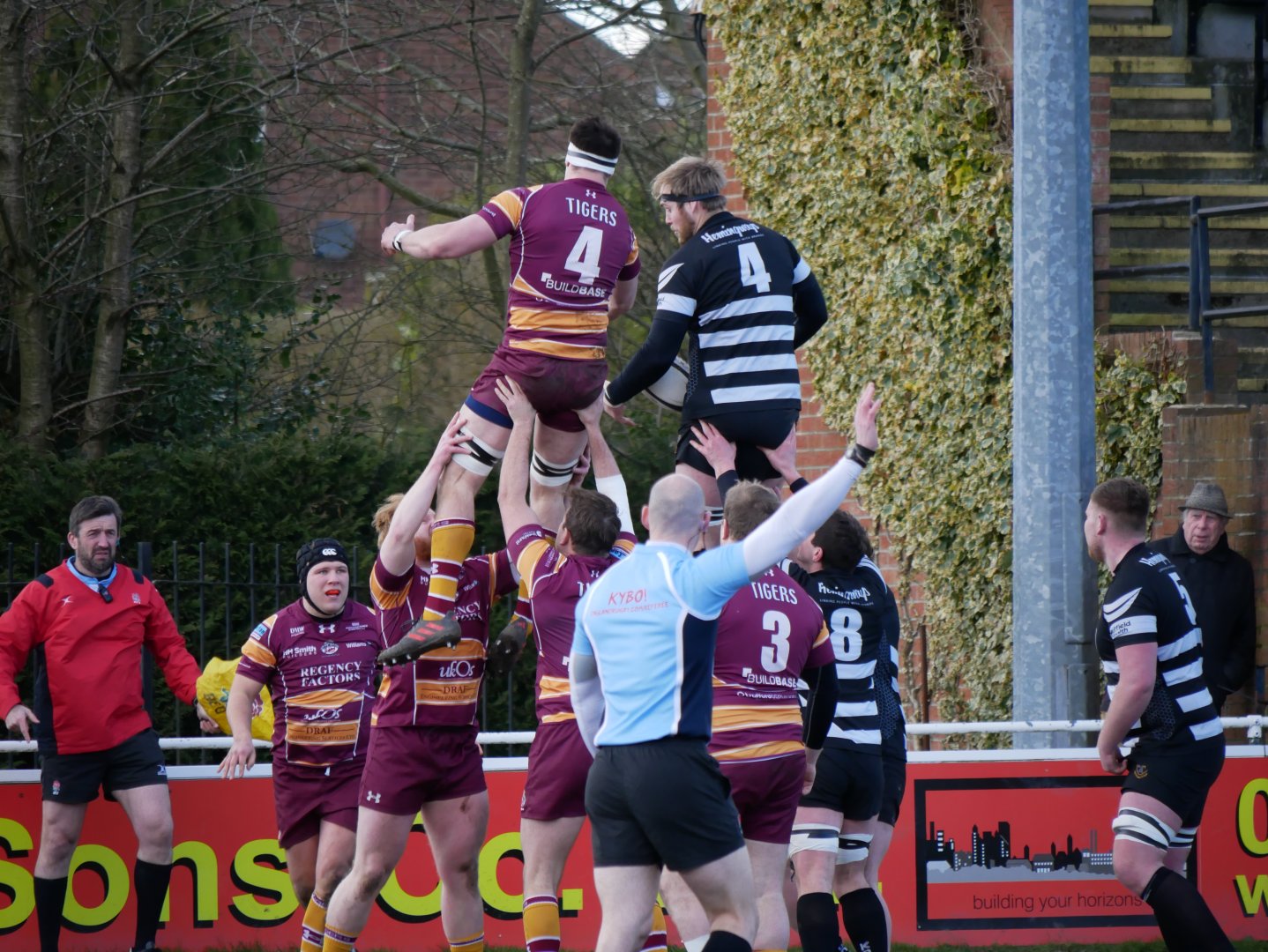 Chinnor will be at home for this play-off tie and if history is anything to go by, then it could be a tough afternoon for Sedgley Park.

Since the play-off was introduced eight years ago, no side from the north has ever won away from home, but Bebbington is keen for that to change in Oxfordshire.

“Only two north sides have been promoted via the play-off and they were both at home and no side from the north has ever won away from home so that is a pretty big challenge in itself.

“I think if you looked at playing away from home across a course of a season, on average, I think it probably is a disadvantage, but when it is a cup final, it is all to play for.

“It is just a piece of grass and that is the mentality we have got to take. I know in the play-off it is tough playing away from home, but we will be trying to change that on Saturday.”

Both sides scored well over 1000 points in their respective divisions this season, but Bebbington admitted he doesn’t expect Chinnor to change their style of play which guided them to second spot in National Two South.

He added: “I expect the same. I am sure they have watched a few games of ours and we have done the same. They like to throw the ball about as well.

Bebbington has guided Sedgley Park back into the play-off for the first time since 2013 and after an excellent domestic campaign, he believes it would be a wonderful achievement for the club, and long serving player Matt Riley, if Sedge could take the next step into National One.

“All credit must be given to all the players at Sedge across the first and second team,” Bebbington added.

“We stuck to our principles of playing attacking rugby and that shows in the amount of tries and points we have scored. We gave a little challenge out at Christmas in terms of beating our achievements from previous seasons and the lads have beaten all our targets.

“It [promotion] would be a lovely achievement for me, but the main achievement would be for the club because the support the club puts in place for the senior rugby teams is fantastic.

“I have been coaching for a long time and it would be certainly a highlight for me, but in particular, for some of the players too.

“Matt Riley has been at the club for a while and I think he has been relegated a couple of times, but has never gone up with Sedge so that is a little bit of a motivating factor as well. He is Sedge through and through and has led really well. He has made my job and the other players’ jobs easier this year so it would nice to do it for Matt.”