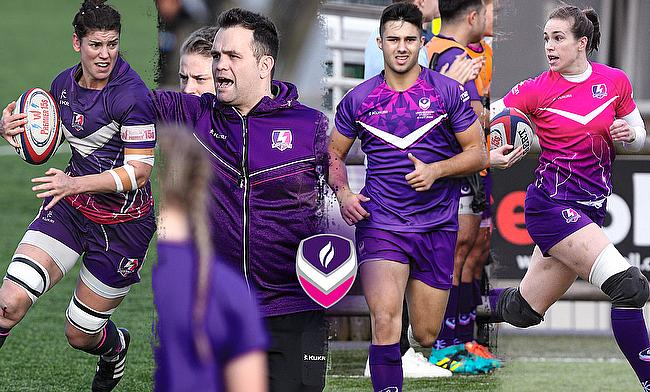 Loughborough University’s season of celebration has hardly ended in the way that they imagined due to the coronavirus pandemic, but Joe Harvey has looked into what makes the institution so successful.

oughborough’s season of celebration has hardly ended in the way that they might of imagined.

In the men’s game, the 2019/20 season marked 100 seasons of rugby, whilst the women’s game is celebrating 40 years of playing at the Leicestershire-based university campus.

With their domestic seasons in the Tyrrells Premier 15s, National Two North and BUCS Super Rugby all cut short because of Covid-19, Loughborough Lightning and the Men’s university 1st XV were still in contention for silverware this term whilst the Women’s student team had already secured the inaugural National League title.

In 2017, Loughborough Lightning joined the new women’s top-flight. Their introduction came as a surprise to many with the side never having competed in the top division before. Their induction, alongside that of Gloucester-Hartpury meant Loughborough were one of two higher educational facilities competing in the league.

The Lightning quickly became a team to take note of. England’s captain, Sarah Hunter, left Lichfield to join the side based out of her former university and, at the time, her workplace. The Tyrrells quickly became a thriving competition, coaxing the likes of Vicky Fleetwood and Emily Scarratt back to the 15-a-side game having represented England in the World Sevens Series in order to be professional players.

Whilst Fleetwood moved to Saracens, Scarratt joined her international captain at Loughborough. England’s all-time leading points scorer adjusted to life back in 15s with relative ease. Reaching the play-offs last season, the side was placed third overall before the campaign was called off due to the Covid-19 outbreak.

It was in February when Talking Rugby Union caught up with England captain, Hunter, and Rugby Union World Player of the Year, Scarratt, at Loughborough University when they had a training camp ahead of their 27-0 win over Ireland in Doncaster.

A sell-out clash at Castle Park and both sides unbeaten. @EnglandRugby’s Six Nations game against @IrishRugby, has all the hallmarks of a classic.@joeharvey34 spoke to Simon Middleton, @sarah_hunter8 and @EmilyScarratt ahead of the game on Sunday.https://t.co/vgNbabcs7E pic.twitter.com/X1IIznQU5M

“I came here as a student as well, many years ago,” Hunter said. “The first time I came, that (playing rugby) was ultimately why I wanted to study here. You get a real good vibe and sense of just how good they have been over the years and how well they have maintained their status as a great rugby university, but the rest of the sporting pedigree that comes here too.

“You’ve just got to look at the Olympic athletes that train in the gym, the world class sports that are based here. Look around and you’ve got cricket, netball, hockey, swimming, the list is pretty much endless and, yeah, it’s just a really good place to base, manage and push yourself on surrounded by like-minded people.”

Last summer saw a huge change in the Loughborough Students set-up. Director of Rugby for 25 years, Alan Buzza, stepped away from his role, allowing for Lightning Head Coach, Rhys Edwards, to take the top job. Having been with the University since 2017, Edwards had a wealth of experience, having coached Wales’ women’s side for several years prior to a move to the East Midlands.

Overseeing the development of 450 rugby players at the facility, Edwards certainly earns his wage. With the men’s senior sides competing on two fronts, in both BUCS Super Rugby and National Two North, it is impressive to see the Students so competitive in each competition.

The men’s side has certainly had some of the more notable names line up for them. Ben Kay, Sir Clive Woodward and Fran Cotton are just three such players to have passed through the doors om Epinal Way.

“Some of the greats of the game have come through Loughborough and have, obviously, gone on to do bigger and better things,” Edwards said. “I think the legacy that they have left, or established, has then put us in the forefront of what we do and, I think for a time, we were the only institution that drove sport and rugby to the highest level.

“The landscape has changed quite a bit recently, with BUCS Super Rugby, other universities and so on, but our biggest point of difference is that sport is one of our pillars of strategy within the university. Its not an external or additional thing, it is actually in the fabric of what we do. The support we get from the university from top to bottom is phenomenal, which allows sport to be life-shaping for everyone involved.”

When compared to all of the sides in National Two, the Loughborough outfit is considerably younger than their opposite numbers. They are all students in the men’s teams, whilst in the women’s side, some of the players are not enrolled as students, but they are supported extremely well both on and off the field of play.

Another player to come off the @KGSrugby conveyor belt is beginning to impress on the international stage.@joeharvey34 chatted to Ireland U20s' Dan Kelly about his steps in the game. #EmergingTalent

“Not many universities have that. I think Hartpury and Exeter are the only ones that offer that, and I think it is a really unique thing. The situation we are in now in the National League, competing in both, shows the depth that we have got and that our programme supports a great number of people.”

In fact, according to Edwards, the last four men’s captains have left with first class honours and to professional rugby environments. Over the years, the university’s connection with Loughborough College has strengthened, attracting players into the rugby pathway at a younger age to further themselves academically and as athletes.

“We’re starting to see that in the women’s game, with our relationship with the College,” Edwards said. “We are recruiting nationally now at 16 for people that want to be part of the pathway and the men’s programme is  underpinned in that as well and people are starting to see that being part of a pathway or environment that supports you on and off the field allows you to thrive.

“You are also starting to see people stay on the pathway post 18, doing higher education and some will stay even further again in terms of Masters, or even PhDs, or even staying locally to stay involved in the rugby programme.”

Every path to university is different, especially in rugby. For some, like outside centre Dan Kelly, it is an opportunity for players to prove themselves on the field whilst also furthering their academic CV. Kelly missed out on a senior academy contract at Sale Sharks last summer, but undeterred, the 18-year-old went to Loughborough, played a number of games in the National Leagues and BUCS Super Rugby before establishing himself as a starter for Irleand in the U20s Six Nations campaign.

“As an 18-year-old, not getting signed for an academy, you think it is the end of the world, but you come here, you see the talent in the programme, the men’s and the women’s, and it is just really good and everyone is so professional,” Kelly said.

“It is like being in a professional environment, with the facilities and training to match. On top, you get your degree at the same time and it is a really good university in sport itself. It is a really good place to be. It really is.”