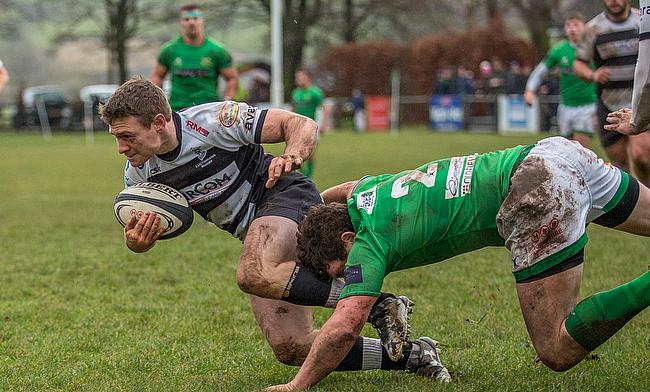 Wharfedale, Luctonians and Huddersfield managed to triumph in Round 20 and it is currently the Lucs who sit in the bottom three.

However, only two points separate 14th placed Luctonians and Wharfedale (10th) with Huddersfield, as well as Hull and Otley, sandwiched in between.

At the top, Caldy’s winning run continued as they made it 19 victories in a row against the aforementioned Hull whilst there was a twist in the race for second spot.

Fylde now have nine-point cushion in the fight for promotion after they thrashed Scunthorpe whilst rivals Sedgley Park were humbled by Hinckley.

The visitors only managed one try in the match, but it did give Gary Pearce’s side a 10-6 lead midway through the first-half as Charlie Beech dotted down to make it 10-6.

📰Match report from the First XV’s hard fought victory over Hull at the weekend!📰 https://t.co/6tCR08yFOi

However, Hull’s indiscipline would prove costly as Caldy profited when both Liam Regardsoe and Michael Dias were sin-binned.

Cameron Davies and Harrison Crowe went over to punish Hull and the hosts stretched their lead just before the hour through flanker Adam Aigbokhae.

Hull did score late on via Mike Adlard, but Caldy had done enough to continue their relentless march towards the title.

Fylde scored 10 tries as they thrashed Stourbridge to strengthen their grip on second place in National Two North.

After leading 45-0 at the interval, Fylde went on to add a further three tries in the second-half, with Phil Mills, Ben Gregory and Ben Vernon all scoring.

Stour’s joy came either side of the hour as Dan Rundle grabbed a brace, but the Midlands club were simply blown away by Fylde.

Henry Povoas scored a brace in a comfortable win for the Hornets, who have now picked up five victories in a row.

The hosts crossed the line on three occassions in the first through Joe Wilson, Ben Pointon and Povoas, but only after Sedge had taken a 15-0 lead.

A try and a penalty by Steve Collins, as well as a converted score from Tom Ailes, gave the Tigers the perfect start, but Hinckley went on to score an unanswered half century to continue their fine form.

Povoas grabbed his second after the interval whilst Callum Dacey and Rory Vowles added the gloss.

Luctonians remain in the bottom three of National Two North, but their survival hopes received a major boost in Round 20 following a superb win over Loughborough Students.

Will Sanders and Sam Jones traded first-half tries before the Lucs managed to seal the victory in the final 11 minutes.

A penalty try was shortly followed by Callum Young’s score as Ryan Watkins’ side clinched another excellent win on the road.

Luctonians are now only in the relegation zone because they have won one less game than Otley as the battle to avoid the drop intensifies.

Wharfedale kept themselves above the bottom three in National Two North after clinching an excellent win away from home against Sheffield Tigers.

Dale struck twice in the first half through Oscar Canny and Sam Gaudie, but the Tigers reduced the scoreline to 12-10 just before half-time as Louis Townsend crossed the whitewash.

Jack Blakeney-Edwards landed a penalty before Gaudie grabbed his second as the visitors stretched their advantage to 12 points.

Sheffield Tigers hit back through Pete Swatkins to set up an intriguing final quarter, but Blakeney-Edwards’ penalty on 68 minutes was enough to secure a vital victory for Dale.

Otley are teetering on the edge of the relegation zone as Chester scored six tries to defeat the Yorkshire outfit at Hare Lane.

The hosts recorded their bonus-point shortly after half-time thanks to scores from Colin Campbell, Kyle Joseph, Tom Foden and Scott Robson.

A second for Robson, as well as Mark Dixon’s effort, were enough to seal the win for Chester.

Gavin Stead, Henry Roberts and Marco Dallavalle bagged consolation tries for Otley, who are now only outside the drop zone by virtue of ‘Games Won’ following a run of three straight losses.

Tynedale bounced back from their humbling loss to Fylde in scintillating style as they hammered bottom of the table Scunthorpe.

The home side wrapped up the bonus-point at the beginning of the second period following tries from Ben Bell (2), Matt Ouston and Tom Bramwell.

Jake Rodgers added a further score before Bell clinched his hat-trick on 53 minutes. The in-form Guy Pike also grabbed himself a brace as Tyne waltzed to victory at Corbridge.

Jacob Hardy did put Scunthorpe on the board during the first half, but the Lincolnshire outfit were second best as their time in National Two North is starting to come to an end.

Huddersfield’s bid to stay in National Two North was boosted in Round 20 as they came from behind to beat fellow relegation rivals Preston Grasshoppers.

Gareth Lewis’ side began the day outside the drop zone, but they did find themselves 15-12 down at half-time following Hoppers tries from Chris Taylor and Jordan Dorrington, plus a penalty via Tom Davidson.

🗞️Field recorded their third win on the bounce on Saturday, beating @RugbyHoppers 25-15.

The visitors knew the importance of a victory in their own battle for survival, but the hosts hit back in the second half.

Liam Stapley and Kian Stewart scored in the first period for Field, but two Will Milner penalties, as well as Lewis Bradley’s try, helped the home side secure their third win on the bounce whilst defeat for Preston signified a significant blow to their ambitions.