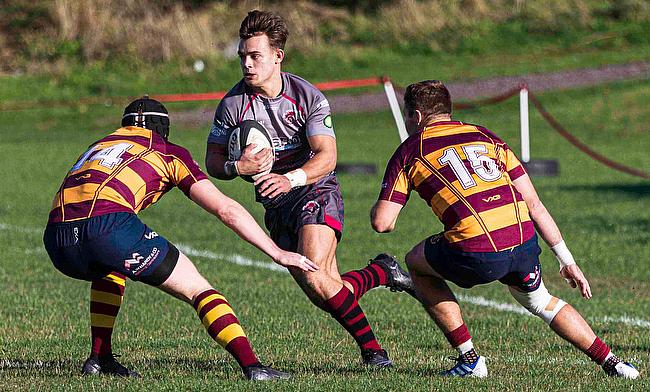 The National League weekend kicks off on Friday in Round Eight and it does so with an intriguing fixture between Taunton Titans and Clifton. Photo Credit: (David Portwain)

The Titans are currently second in the table, but they level on points with league leaders Tonbridge Juddians whilst Clifton are one place and two points behind their hosts heading into this clash in Somerset.

Both sides will have the chance to move to the summit of the division with victory before TJs take on Redruth on Saturday as the table toppers look to respond from their first defeat of the campaign.

Fellow promotion candidates Henley Hawks are very much back in the thick of things after beating TJs last weekend and the fourth-placed side concluded October by hosting Old Albanian whilst Esher go to Bournemouth and Leicester Lions host Bury St Edmunds.

Prior to Round Seven in National Two South, Tonbridge Juddians had lost just one of their last 28 games and a perfect start to this season presented them with an opportunity to tighten their early grip on top spot last weekend. However, Peter Dankert’s side saw their 100 per cent record come to an end against fellow promotion candidates Henley Hawks so TJs will be looking for an immediate response.

Redruth are the visitors to the Slade and following Henley’s win in Kent, the Reds will hold no fear on Saturday. Even if TJs hadn’t suffered their first defeat of the season, Nigel Hambly’s side would still be heading into this fixture in a confident mood as they are currently on an unbeaten run of four matches. Last week’s hard-fought victory over Bury St Edmunds has lifted Redruth into seventh place and win over the table toppers could throw them into the race for a top two finish.

Last week’s Gallagher Premiership opener between Bristol Bears and Bath emphasised why Friday night rugby under the lights is such an attractive prospect and National Two South have followed suit in Round Eight. Your weekend of rugby starts at the Towergate Stadium with second-placed Taunton Titans hosting Clifton (3rd), with the home side level on points with league leaders Tonbridge Juddians.

Tony Yapp’s side have bounced back from their only defeat of the term by securing excellent victories over Old Albanian and Westcliff, but they will be wary of the threat Clifton will pose in Somerset. The Lavender and Blacks have won their last three matches and they sit just two points behind Taunton ahead of this fixture. The prize for the winner on Friday will be top spot (for several hours at least) but in terms of the promotion picture, this outcome will be intriguing.

One win in three matches represented a mini dip in form for Henley Hawks, but last week’s victory over table toppers Tonbridge Juddians has reignited their promotion hopes once again. The Hawks were excellent against TJs and their win at the Slade means they are now only three points behind the top two spaces as they prepare to welcome Old Albanian to Dry Leas.

OAs, who occupy seventh place in the table, will be keen to build on their recent positive performances. The Hertfordshire club have won two of their last three games and their one defeat came against Taunton Titans, but it was only by a two-point margin. James Osborn and James Buckland’s side have shown they can run a potential promotion candidate very close so they will be hoping for a similar display against Henley on Saturday.

Two teams in contrasting form meet on the south coast this weekend. Esher have won five of their last six games since their opening day defeat at Redruth and Peter Winterbottom’s side find themselves just five points off the top two heading into their final fixture of the month.

On the other side of the coin are Bournemouth who currently sit six points off safety. The Lions picked up their first of the season against Redcliff in Round Six, but despite failing to back that up against Clifton last weekend, there were certainly positives to take for interim Performance Director Richard Sharp into this Saturday’s home clash with Esher.

The 16-12 defeat to Esher at the start of October saw Leicester Lions slip to a second defeat of the season, but Gareth Collins’ side have not let that bump in the road affect them. The Midlands club have made an impressive start to life in a new division and they currently sit six points behind the top two following successive wins over Barnes and Dings Crusaders, respectively.

Last week’s victory of Dings may have been too close for comfort for the Lions so they will be hoping for a more straightforward afternoon when they entertain Bury St Edmunds. The Wolfpack arrive at TMDP Park looking to begin another positive run of form after their three-match winning streak came to a halt against Redruth in Round Seven. The Suffolk club are just outside the top half, but if they were to become the first team to beat Leicester Lions on their own patch, Bury may find themselves in the top eight on Saturday evening.

Dings Crusaders were unable to return to winning ways last weekend. The Bristol-based club ran Leicester Lions mightily close, but despite a spirited revival, their own indiscipline played its part as the Crusaders fell to another narrow defeat.

The result leaves Dings 10th in the table and they will be hoping to conclude October with their first win of the month when they visit Sutton & Epsom. The hosts secured their second victory of the season in some style last week as they beat Barnes 41-25 to move out of the relegation places at this early stage in the campaign. Jeff Parsons’ side will now be aiming for their third win of the campaign to continue moving away from the drop zone.

After successive wins to end September and begin October, Old Redcliffians have slipped to back to back defeats in recent weeks. Losing to local rivals Clifton is always tough and despite falling to a loss at Esher last Saturday, Alex Davies’ side can harness some positives. Olds Reds lost 30-26 against a possible promotion candidate and this weekend a similar display could see them get the job done against Barnes.

In terms of Barnes, they will be harbouring hopes of a first league win since they defeated Redruth in September and it could see the London-based club move out of the bottom three. Four successive defeats has seen Barnes slip into the relegation places and last weekend’s humbling loss to Sutton and Epsom is something they will want to bounce back from as quickly as possible. Barnes’ only victory this season did come on the road so they will be hoping for some more away day joy.

Victories over Old Redcliffians and Bournemouth will seem a long time ago for Worthing Raiders. The men from Roundstone Lane haven’t tasted that winning feeling since Round Two and five straight loss have seem them fall towards the relegation places at a worrying pace.

Tomorrow the First XV travel down to Worthing for Round 8 of the National 2 South League . All support welcome and appreciated. #oneclubonefamily#comejointhepride@nca_rugby @WorthingRFC pic.twitter.com/p7FQDaO8gR

However, this weekend’s clash with bottom of the table Westcliff may provide the Raiders with a perfect opportunity to reignite their season, but the hosts will argue differently. Rick Compton and Jacob Ford’s men may well be at the foot of National Two South and still searching for their first victory, but they have continued to battle. Five bonus-points has kept the safety positions in their sight and if they were to break their duck this weekend, it would be the ideal way to head into the final two months of 2019.