When Guernsey were relegated from National Two South on their last foray into the competition, just eight points separated them from Dings Crusaders and safety in the fourth division. (Photo Credit: Martin Gray)

Maligned by injury in the 2018/19 season, Guernsey were unable to sustain any sort of rhythm. They only managed to pick up eight wins during that campaign and Director of Rugby for the Raiders 1st XV, Jordan Reynolds, says that his playing group have learnt plenty from their first crack in the National League.

“What was really tough for us two years ago, was that we had some hangover injuries from the season before and I think around 74% of our squad was out injured,” Reynolds said. “As a result we had to blood in a lot of younger players into the team quickly.

“They were moving from level 10 to level four, which is a pretty big jump. The good thing that came out of it was that the boys were really upbeat throughout the season. We came out with eight wins and we were only one or two wins away from staying up, so we learnt a huge amount.

“Going back down to the Premier Divisions last year, we took a lot of those learnings down with us and made sure we executed them because there was a lot of finer detail that we were probably lacking. There was a huge amount that we could have done better and we realised that, so we put it into work this season and only lost two games.” 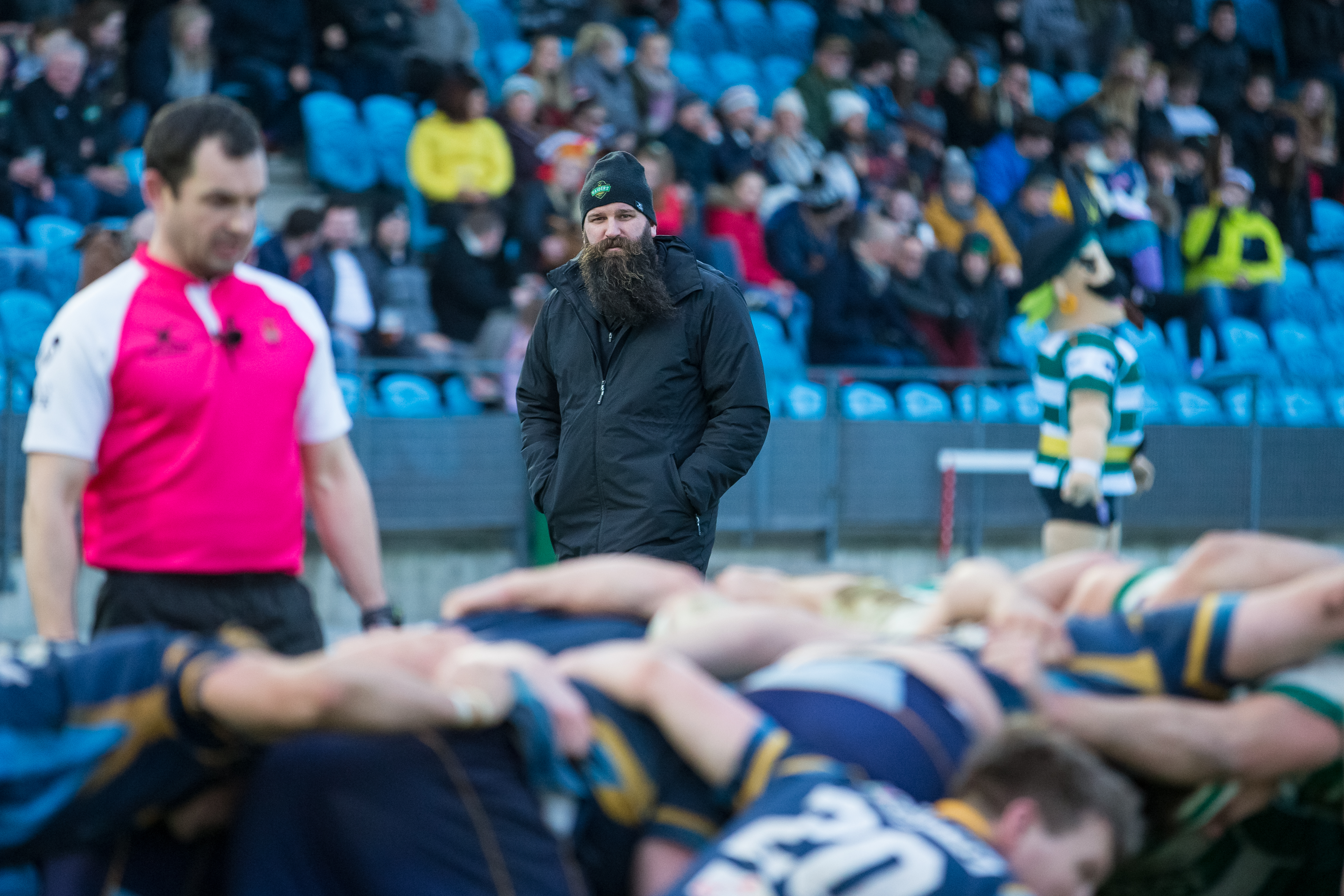 “For us, to extend a couple more wins on top of that would be a huge achievement for us. I think that we have got a fairly strong squad and I also know from what the league is shaping up to be at the moment, it is shaping up to be a little bit stronger than it was last season. It would be great to sustain ourselves.

“I think there is a percentage of 75% of teams that get promoted, get relegated in the same season. So, something to the effect of us being able to sustain ourselves is definitely something we are chasing at the moment. We are more than happy to put the work in, but we have got to contend with some very good clubs.”

A community rugby club, the trip to Guernsey quickly became a favourite for National Two South sides. Teams usually travel well to the Channel Islands outfit and will bring plenty of fans to Footes Lane, which Reynolds says makes the idea of home advantage a bit less perfect.

“They act as if it is a mini tour for themselves and they seem to be more excited about coming to Guernsey than you could imagine,” Reynolds said. “Last time we were in National Two, most of the clubs were bringing in excess of 100 people with them, arriving on the Thursday and staying until the Monday, which was fantastic.

“A lot of teams like to come over on the Friday night and get a good nights rest and you can tell that doesn’t work to your advantage as much. We do statistically perform better at home and we had a pretty reasonable record in National Two.

“Although we lost a huge amount of games, they were very close fixtures. I remember losing to Canterbury in the last play of the game and that happened with Redruth and Henley Hawks, so we do tend to play a little bit better at home and that is usually a good asset to have.”