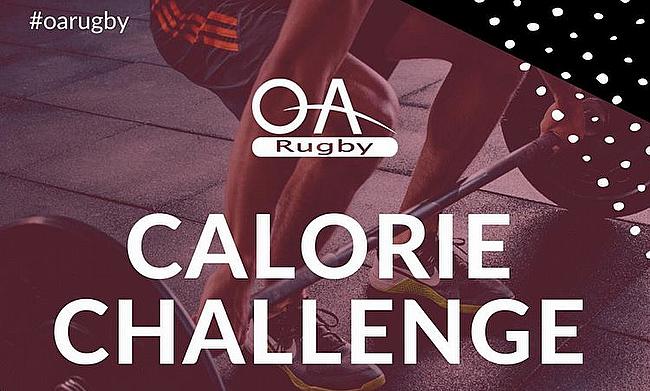 A charity ‘Calorie Challenge’ initiative created by Old Albanian is set for its second outing on July 11th as they aim to raise money for three worthy causes.

Last month, OAs completed an internal ‘Calorie Challenge’ where teams from across the National Two South club aimed to burn a minimum of 20,000 calories per side by taking part in their own exercise routines.

With players running marathons and pushing themselves to the limit on exercise bikes, OAs burnt a combined total of over 325,000 calories and the club also raised more than £1,000 for the NHS Charities Together Covid-19 Appeal and the ‘Show Racism the Red Card’ campaign.

But Old Albanian haven’t stopped there.

After completing the challenge, which was the brainchild of OA’s 1st XV scrum-half Morgan Thompson, the Hertfordshire outfit have now branched the idea out to their fellow community clubs as they aim to raise funds for the NHS Charities Together Covid-19 Appeal, ‘Show Racism the Red Card’ and also, the RFU Injured Players Foundation.

Whilst the planning process is still ongoing for the second instalment of the ‘Calorie Challenge’, OAs Director of Rugby James Osborn was overwhelmed by the support the club’s first attempt received.

“Morgan Thompson came up with the idea to bring the squad together and especially at that end of the club, these guys are frustrated pros to some level. They are not good at being cooped up!” Osborn told ncarugby.com

“To start with, we thought it was just going to be a bulk of the first team squad, but we started arranging it and someone said, ‘Maybe we ought to extend it to the Saints?’ which is our ladies’ team.

“From there, someone got wind of it outside of that and the next thing you know, 179 people took part across the club!

“The lady that won who burnt 6,000 calories, someone told me she was in her 50s but I don’t exactly know if that is true, but she did seven hours and 50 minutes on an exercise bike! Fair play, you couldn’t get me doing 7:50 on a bike! I don’t sleep for seven hours a day!”

As Osborn alluded to, the event included the 1st XV and the Saints, but also two more of Old Albanian’s senior teams (the Grizzlies and the Gladiators) whilst their Colts as well as two legends sides made it a whole club effort.

“Somewhat inevitably, it got quite competitive after a while!” added Osborn. “We had a couple of WhatsApp groups set up for sharing scores and things and every time a big score update came in from one side, another side within about an hour would post another update of theirs!

“Each team was being competitive and they wanted to beat everybody and it was great. I think people have missed things like this a lot and it is great to get out and do stuff.

“I think also this helped from a mental health point of view as well. People undoubtedly would have struggled with it over the last three or four months.

“We definitely saw that people perked up quite a lot and it might be a trivial way of describing a serious side-effect of what has been going on, but there were definitely people who perked up and got more involved having not heard from them in quite a while which was really nice to see.”

Whether they took part in Australia or St Albans, members and past players of Old Albanian were connected for this challenge and now the club are keen to reach out to other teams from across the UK to add to their efforts.

OAs are encouraging clubs to join them when they commence their second ‘Calorie Challenge’ on 11th July and Osborn revealed they have already had some teams sign up.

He added: “It was a natural next step to evolve it again. I think pretty much the day after, we started talking about running another one.

“Some of the people involved were from other clubs, who were previously at OAs and came back as part of the legends, and we kicked the idea around and thought if we can branch it out, even if it is just one other club that gets involved, it will be a bit of fun and inevitably, a few of our ‘nemesis’ clubs want to get involved and said they would like to go head-to-head with us!

“If we run it with five sides, great, if we run it with 50 sides, even better. There is a chance to do something a bit different and I don’t know where it may go, but if we can kick-start an unusual year in terms of the rugby side of things by doing something positive, then great.”

The choice of charities for OAs were ‘quite obvious’ according to Osborn, who was full of praise for the work the NHS has done and continues to do during the coronavirus pandemic, whilst tackling the issue of racism across the world has become more prominent following the death of George Floyd in the United States.

As for the RFU’s Injury Prevention Foundation (IPF), it is an organisation which is close to club after they helped aid the recovery of OAs player Alex Chalcraft who suffered a serious neck injury whilst playing for the side last year.

“This is a chance to raise some money, to make things a bit easier and raise their profiles a little bit,” said Osborn. “They are three very worthy causes and they need our ongoing support so hopefully we can do our bit.”

Whilst the exercise and fitness work is aimed towards the ‘Calorie Challenge’, it also enables the players to keep sharp, and in particular the 1st XV, as preparations for an uncertain 2020/21 season begin to take shape.

There is still no confirmation about when the National League campaign may commence, but one thing which is already in place for the upcoming season is OAs’ new head coach; Dan George.

George’s arrival at Woollams from National One side Chinnor was announced in May and Osborn is looking forward to working alongside the former Worcester and Gloucester man.

“We have been through quite a lot of change following James Shanahan’s move to Blackheath around three seasons ago and there was also the departure of a lot of those guys who had been the core of our National One side and we have gone through three years which has seen a large amount of recruitment,” Osborn added.

“However, we have a young and exciting team and we made some important progress last year under James Buckland [finishing in 10th place] and we felt where we wanted to go and the way Dan wants to approach things really fit well.

“For us, it is a long-term development to get back to where we think we can be and Dan, over the last few years, has been building a really strong reputation with Chinnor and Oaklands College. He has worked with a lot of young guys and we are excited to see what he can bring and where he can take us in the next couple of years. That will hopefully build a really strong base for the future.”

To learn more about the challenge and find out how you can donate, follow the links below: