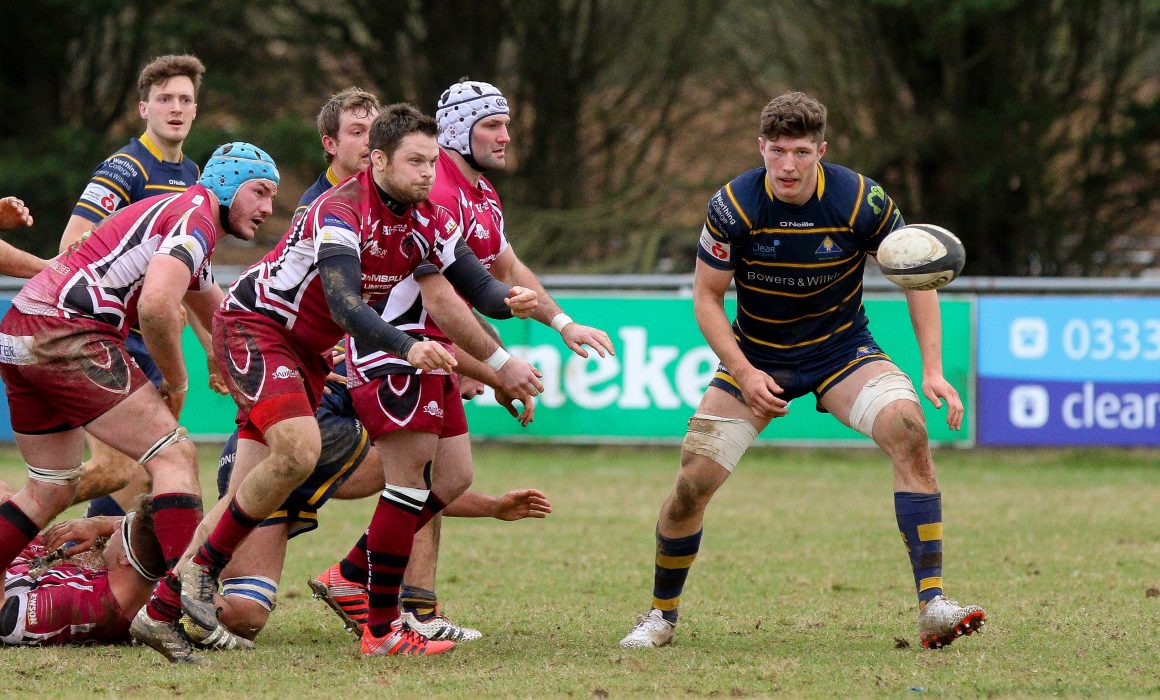 Old Redcliffians secured their first win of the season in National Two South against fellow strugglers Broadstreet as they aim to try and dig themselves out of the bottom three.

The Bristol outfit had lost 10 of their first 11 matches, but victory on Saturday means they have given themselves a boost in their fight for survival.

Old Reds are now 13 points from safety, but the situation still remains worse for bottom of the table Wimbledon despite a spirited display against second placed Cinderford. Barnstaple and Worthing Raiders were the only other sides to win in the bottom half of the table in Round 12.

At the top, Chinnor continued their winning ways and Taunton got back on track while Bury St Edumunds clinched victory over London Irish Wild Geese and Canterbury survived a late scare against Henley Hawks.

Chinnor won their 11th National Two South match in a row thanks to a gritty victory over Redruth at the Recreation Ground.

The visitors led 10-8 at the break as Nielson Webber’s penalty and a Richard Brown try was cancelled out by scores from Chinnor’s Alex Dancer and Ratu Nawaqaliva..

Chinnor went in front after the interval as Jack Giding dotted down and George Oliver’s try seven minutes from time proved decisive.

Tipiloma Kivalu scored late on to secure a losing bonus point for the Reds, who fell to their first home defeat of the season.

Cinderford remain two points behind Chinnor as they battled to a hard-fought win over bottom of the table Wimbledon.

Reuben Norville crossed and George Evans barged his way over as Cinderford took control early on.

Matt Lane’s scything run saw the visitors add a third try before the break, but a score from Kane Alboni and a penalty from James Doe gave the Dons a route back into this match.

Doe was on target after the restart, but Harry Horne’s effort kept Cinderford in front before their comfortable lead was put under threat when Evans was shown a second yellow card.

Josh Charles immediately capitalised on the extra man, but Paul Morris’ side kept their cool and sealed the game with a counter-attacking try scored by Stef Hawley.

Alboni did score late on for the hosts, but it was merely a consolation in a much improved performance by the Dons while Cinderford’s winning run continued.

Taunton Titans were able to get their season back on track thanks to a gripping victory over Redingensians in Somerset.

Tony Yapp’s side had lost their last two matches against Henley Hawks and London Irish Wild Geese, but a second-half blitz helped them to victory over fourth placed Redingensians.

The hosts led 10-7 at the break thanks to a Brett Harvey score and a Toby East penalty after Andy Berry had opened the scoring for the Rams.

Redingensians did move back in front at the start of the second period as Jak Rossiter dotted down, but three tries in 15 minutes from Nick Mason, Aron Struminski and Ollie Rice took the game away from the visitors.

The Rams did have the final say on proceedings as Connor Corrigan crossed, but their six game winning run was ended by Taunton.

Bury St Edmunds moved to within a point of the top four in National Two South thanks to an enthralling bonus-point victory over London Irish Wild Geese.

The hosts certainly shaded proceedings in the first half and led 22-12 thanks scores from Dwayne Corcoran and Yas Brown as well as a penalty try.

Wild Geese’s points had come courtesy of George Owen and Scott Moore to keep the visitors in touch, but they fell further behind in the third quarter as Corcoran and Chris Lord both dotted down.

The away side did respond through two scores, one coming from Dan Grant-Anderson, but Wild Geese could not fashion any other clear cut chances as Bury held out for the win.

George Jackson agonisingly missed a late penalty for Henley Hawks as they were narrowly beaten by Canterbury at the Marine Travel Ground.

The visitors led 19-5 at half-time after tries from Brad Cook, Sam Portland and Liam O’Neil wiped out Jamie Stephens’ score.

. @cantrugby supporters had to look away as George Jackson lined up the last minute conversion attempt which would have decided an exhilarating game against @HenleyHawks . https://t.co/ymjd24Blby #Canterbury pic.twitter.com/KXmkdjmwZd

Canterbury then mounted their fightback as Harry Sayers and Stephens both went over and Ollie Best then kicked the City Men in front.

However, Jackson’s conversion effort bounced back off the posts and Canterbury survived to return to winning ways.

Worthing Raiders completed a second-half fightback to win a thriller against 14-man Clifton at Station Road.

Clifton led 34-21 in the second half courtesy of tries from Jordan Kelly, Ricky Cano and Callum Roberts (2).

Raiders’ points had come via Jack Maslan, Kiba Richards and Matt McLean before Sam Hampson’s try put them right back into the contest just after the hour.

However, the decisive moment in this match came 11 minutes from time as Alfie To’oala was sent-off for Clifton and immediately, Kemp Price took full advantage to crash over and ultimately seal Worthing a second win in a row.

Chris Lorrie crossed to put Barum ahead and a penalty from Petherbridge extended their advantage at the break.

James Starkey touched down for the hosts to add to their cushion and Barum wrapped up the victory late on as Petherbridge converted his own try.

TJs points had come in the first half via the boot of Liam Prescott, but after back to back wins, this was not the ideal way to end November for the visitors.

Old Redcliffians secured their first win of the season as they edged out fellow strugglers Broadstreet.

After promotion in the summer, the Old Reds had lost 10 of their first 11 matches, but the men from Scotland Lane tasted victory for the first time this campaign as they ran in three tries.

Street also ran in the same number of scores, but Paul Hurst’s men couldn’t snatch the points in Bristol, which leaves them 15th in the table and 15 points from safety while the hosts are now 13 points away from getting themselves out of danger.