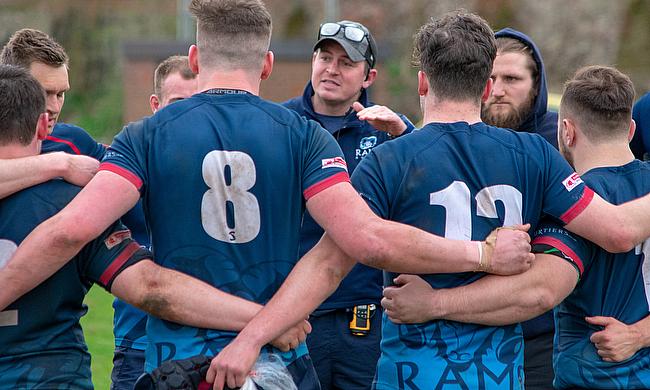 The Berkshire outfit ended last term in third place – their highest ever finish in the club’s history – and they have begun this campaign with back to back bonus-point victories over Canterbury and London Irish Wild Geese.

The Rams have also scored over 40 points in both of their opening fixtures, but Reynolds insists the early table toppers are not focused on their league position at this embryonic stage of the season.

Reynolds' @Rams_RFC give Wild Geese a battering as they gear up for showdown with Henley – https://t.co/OXCg2vSsro pic.twitter.com/Mop8RiqnlV

“We have been really pleased so far,” said Reynolds. “There is always talk of where we will finish this year.

“As long as I can see improvements in our play, the outcome is irrelevant. Of course, I want to help the players realise their potential and we feel that there is a side here that can take this club further, but there are 15 other great clubs that want to do the same.

“We can’t be too focused on an outcome. The improvements we look to make are there and I can see them coming. We are not quite there yet and we’re definitely not the finished article. We just have to keep working.”

Reynolds took over the reins at Old Bath Road at the beginning of last season after working under the guidance of previous head coach Mike Teweskbury.

Teweskbury led the Rams to promotion in 2015 and since their arrival into National Two South, they have continued to make progress up the division with finishes of seventh, sixth and third over the last three years.

“I am an accidental coach!” said Reynolds who has been at the club since he was seven years-old.

“I stopped playing first team rugby at 28 and I was very lucky to work with Mike. He mentored me before I took over as head coach and I just followed on from the foundations he laid.

“We put the progress the club has made down to the fact that we don’t get burdened by our past.

“There is no looking back at what we have done before. We are now the highest this club has ever been. The players that are doing it now are the trailblazers for this era of Rams, but there is no pressure on them.

“It is about going out there and expressing themselves and we facilitate their talent and their improvement.

“Twenty years ago, we were down in level eight and it has taken a while, but our progress is built from grassroots foundations.”

Looking forward to shooting @Rams_RFC and @HenleyHawks in their top of the table clash this coming Saturday. 2.30pm k/o at OBR. pic.twitter.com/H6vn8bVsHd

Rams RFC will be looking to maintain their excellent start when they entertain local rivals Henley Hawks this Saturday.

Like their hosts, the Hawks have also made a 100 per cent start to the campaign and currently lie in second place after wins over Bury St Edmunds and Barnes.

Reynolds’ side thrashed their near neighbours 51-0 at the end of last season, but he is adamant the result back in April is immaterial ahead of this weekend.

He added: “It is always funny to hear the phrase ‘top of the table clash’ after two matches of the season, but it will be an interesting encounter and it always is!

“Last year has gone. Whatever happened last year is in the past. We are now in the 2018/19 season and Henley have got two bonus-point wins and are looking really good.

“They are a great club. We have got some great friends over there and I have got a lot of respect for what Nigel Dudding has done at the club.

“These games are just exciting and our boys really look forward to it and I know their guys do too so it should be a great contest on the weekend.”