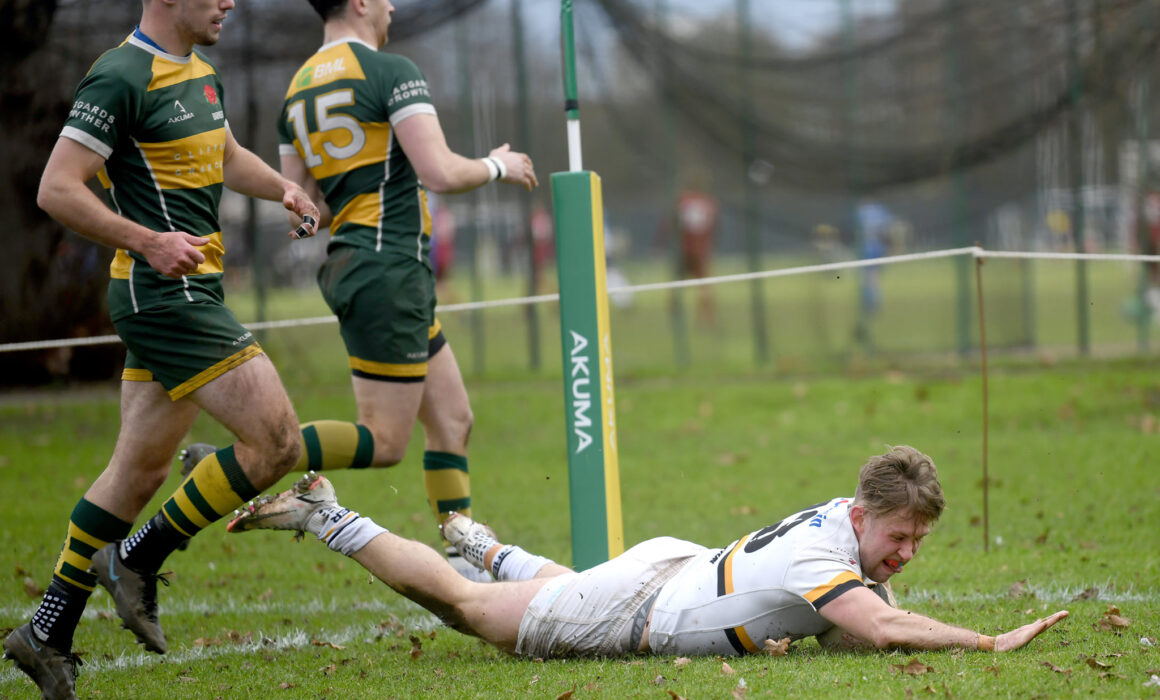 Albion got the better of Leeds Tykes in National One whilst Rotherham hit back in National Two North and there was a familiar feeling for Esher despite a scare against Guernsey. (Photo Credit: Leo Wilkinson)

Plymouth Albion produced a determined second half performance to pick up a potentially vital 29-18 victory against Leeds Tykes.

Harry Jukes went over out wide to give the Yorkshire outfit the lead, but Henry Clement and Setareki Raumakita finished off nice moves as Plymouth went into the break 12-8 ahead.

However, the visitors responded when Rahat Choudhury picked up from the base of a scrum to touchdown but in the final quarter, Albion took the game away from their opposition.

With 14 games taking place across the weekend, we bring you the best of the action including @AlbionRFC's meeting with Leeds Tykes.

Phil Jones fed Alex Ducker who surged over before Harry Wilkinson dotted down seven minutes from the end.

Jukes’ second was merely a consolation for Leeds Tykes who slipped back into the danger zone whilst Albion are now one point clear of the bottom three.

Back towards the top and Arthur Ellis and Craig Holland both scored twice as Rosslyn Park bounced back from last week’s defeat against Bishop’s Stortford by beating Tonbridge Juddians 57-5 at The Rock.

Rams RFC continue to head in the right direction as a brace from Max Hayman helped Seb Reynolds’ charges to a 26-5 bonus point win away at Birmingham Moseley whilst a magical try from Ollie Walker sealed a crucial 19-14 victory for Darlington Mowden Park against Blackheath.

Rotherham Titans scored six tries as they responded to Round 19’s loss at Fylde as they defeated fellow promotion candidates Stourbridge 48-33.

Stour went into the break trailing by 17 points as Seb Atkinson scored their only try of the first half.

But the hosts did end the afternoon with a bonus point thanks to efforts from Afeafe Haisila, Arthur Morgan and Dan Rundle alongside a penalty try.

Connor Field grabbed the last score of the day for the Titans, who are now up to third and 12 points off the top with two games in hand.

That is because league leaders Hull made it 10 wins on the spin as they ran in eight tries on their way to a 50-22 victory over Bournville.

City rivals Hull Ionians remain unbeaten in 2022 as Lewis Minikin’s last-gasp penalty once again rescued a positive result for the Yorkshire club. This time they beat Sheffield Tigers 16-13 to extend their streak to five matches.

Elsewhere, Luctonians hammered Harrogate 75-0 at Mortimer Park to move into the top half of the table whilst Tynedale got the better of Huddersfield – as well as the weather conditions – as they came away from a muddy Lockwood Park with a 19-5 win.

A late penalty try was enough for Esher to secure a 27-24 win as they survived a surge from Guernsey Raiders to maintain their position at the summit of National Two South.

A converted try from Callum Roberts gave the visitors the lead, but the home side were awarded a penalty try on 70 minutes to clinch a hard-fought triumph at Molesey Road.

After an early Sam Morley penalty and a penalty try, the Esher fly-half traded first-half scores with Anthony Armstrong.

Thanks to @GuernseyRFC for a thrilling game, right to the end! Safe travels back home, and we look forward to the return fixture in April!

The No.10 then added a further three points to give the hosts a healthy advantage but soon after half-time, Armstrong grabbed his second before the winger completed his hat-trick to turn the game on its head in Surrey.

Roberts’ score meant Guernsey had accumulated 19 unanswered points but Esher’s pressure eventually paid dividends as the table toppers made it 12 wins in a row.

Redruth have moved up to second in the standings as Jack Oulton scored twice in a 43-21 win over Henley Hawks. Nigel Hambly’s side are now just two points off the top, but Esher still have a game in hand over their title challengers.

Elsewhere, Leicester Lions were back at home for only the third time in four months and they rewarded the TMDP Park faithful with a 36-12 triumph against Barnes. Bury St Edmunds produced a second half turnaround to defeat Old Albanian 44-43 in a classic in Suffolk whilst Westcliff picked up their first win of the campaign after beating Barnstaple 28-20.