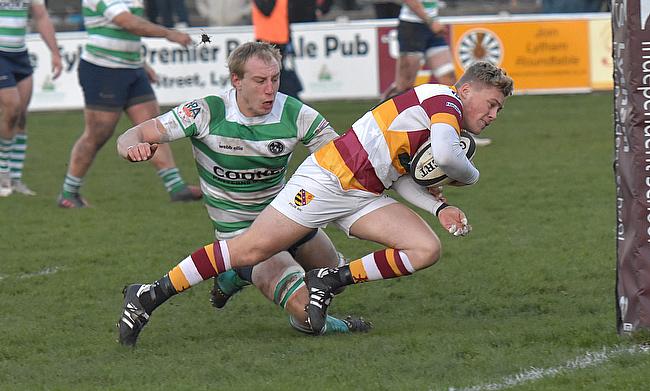 Gus Warr insists playing in the National Leagues for Fylde this season has been beneficial and he admitted: “Game time is key for a young player because it helps you develop.”

The scrum-half has featured for Warren Spragg’s side in this campaign whilst also appearing for his parent club Sale Sharks in the Gallagher Premiership as well as the Premiership Rugby Cup.

“It [National Two North] is different to the Premiership,” Warr said.

“It is much more unstructured, but it still offers its own challenges and that is what you need as a developing rugby player. 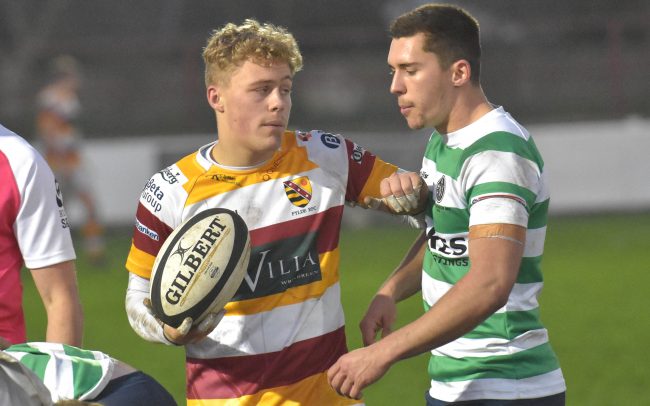 “The more you are challenged, the more questions are asked of you which means you benefit from it because you are learning more. It is brilliant. It is about using the club to keep developing and Fylde is a place for me to become a better player.

“Game time is key for a young player because it helps you develop as well. I am loving my time with Fylde and hopefully it continues.”

This is Warr’s first season as a senior rugby player and he has already grasped his opportunities.

The 19-year-old made his Sale debut on the opening day of the Premiership season away at Harlequins before starting his first game for the club against Worcester Warriors in October.

Warr certainly relished the chances handed to him by Director of Rugby Steve Diamond, but revealed he was surprised at the start of the campaign.

“I have loved every minute of it,” Warr said. “I mean, I didn’t think this would happen in my first year at the professional level.

“It gives us the opportunity to show coaches and the wider public what we can do. Myself and some of the younger players have been working really hard for it and some of us have been doing that since we were kids so it makes a massive difference. We have to be grateful to Sale for everything they are doing for us.”

Warr is just one of many young players to have tasted the first team environment at Sale under the guidance of Diamond.

For our latest #EmergingTalent article, we spoke to @wilkyxwilkinson about his breakthrough month at Sale, learning from 'the master' and developing at the AJ Bell.https://t.co/sytloxxXUf

The likes of Kieran Wilkinson, Sam Dugdale and Connor Doherty have also made an impression at the AJ Bell Stadium this season as the Sharks continue to promote youth.

“The way we are being developed is great,” insisted Warr, who was recently named in England’s U20s development camp.

“When you look at the national squads, we are continuing to get people involved with their home nation and I think there is around eight players involved with England U20s’ 45-man training squad so there is that player development coming through.

“When we get the chance, we have got to take the opportunity and thankfully we get those chances at Sale Sharks.”

This weekend, Warr is not involved with Sale’s first team when they take on Bordeaux Begles in the European Challenge Cup while his National Two North side face Sedgley Park on Saturday.

Following a rocky start to the campaign, Fylde are now on a five-game unbeaten run and Warren Spragg’s young side are actually the form side in the league as we approach the halfway point in the season.

Recent victories over Stourbridge, South Leicester, Chester and Wharfedale have generated some momentum for Fylde and Warr is hoping that can continue.

He added: “Everyone is still thinking positively. Everything is moving forward so hopefully we can put a run of games together to start pushing further up the league and maybe even target promotion.

“We have just got to keep working hard and focusing on ourselves because we are a young squad. We are playing the style of rugby we want to play and we want that to continue.”