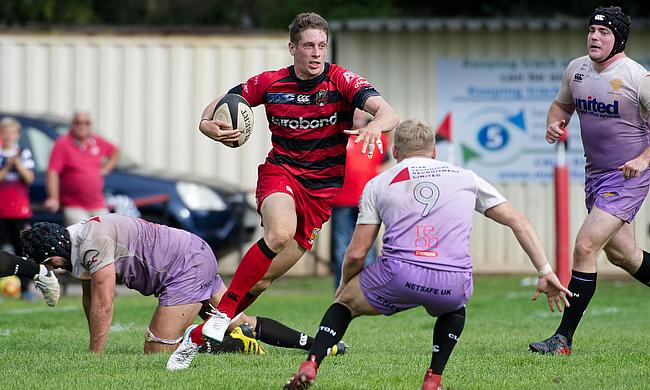 The men from Scotland Lane began 2019 with a loss against Canterbury, but before Christmas, they secured three consecutive wins.

Olds Reds defeated Worthing Raiders, Redruth and Birmingham & Solihull in December to leave them 10 points clear of the relegation places.

The Bristol-based side survived the drop on the final day of last season, but Bird says the positivity and belief of head coach Saul Nelson, along with backs coach and current Bath fly-half Alex Davies, has helped Old Reds turn a corner.

“A lot of credit has to go to our coaching staff,” Bird said. “Saul Nelson, our head coach, he’s been instrumental in getting the boys together and making sure we stick to the plan and have the belief.

“Previously when we have gone behind in games, we haven’t kept ourselves together but recently, we have really bought into what Saul is striving to do.

“Alex Davies, our backs coach who is with Bath, has been a fantastic addition to our coaching squad this year. Those guys have made sure we’ve stuck together and that showed in December. Hopefully we can build on to that, despite the minor blip on the weekend.”

Last Saturday, Olds Reds lost 47-12 against promotion chasing Canterbury, but it is a defeat which the club have already put to the back of their mind.

Bird admits Old Reds are looking at the bigger picture and they are frustrated by the way the season has panned out so far, but after an encouraging end to 2018, they are keen to continue moving away from the drop zone as soon as possible.

“There was very little analysis done on Canterbury,” Bird said. “We swept that one under the carpet. Canterbury is a very hard place to go and they are doing very well as a team. They really put us to the sword in the last 20 minutes.

“In all honesty, I think we’re a little bit frustrated with where we are in the league at the moment. We had expectations to be doing better than we are. Equally, we are in a better position now than we were a year ago so we do have to be realistic in terms of where we expect to be.

“I think we set the bar quite high and we are disappointed to be where we are, but there have been some fantastic performances, certainly in December. We picked up three straight wins, including a win over a good Redruth team, so we just want to build on that.”

Bird has played an integral part in Olds Reds’ recent resurgence having scored 11 tries in his last seven games, including five against Guernsey back in November.

The former Bristol 7s man is currently the leading try scorer in National Two South, but he insists it is a team effort.

Five tries!!! A great achievement for the Bird man but the its a nice reward for the whole squad who have worked exceptionally hard to get the win #UTR https://t.co/yOT4zJjFvm

“I can’t complain!” Bird added. “I have managed to cross the whitewash a fair few times already this season. I am on the wing and just finish off the tries. Credit has to go to our pack.

“They have been fantastic and in December, they were absolutely awesome. They punch far above their weight. Also, our backs coach, Alex, has introduced some dangerous moves this year which has resulted in some good tries so credit goes to those guys.”

Bird will be hoping he can keep up his prolific form at Scotland Lane this weekend when Old Redcliffians host London Irish Wild Geese in a crucial game towards the wrong end of the division.

Old Reds have won three of their nine home games this season while Wild Geese will arrive in Bristol in a buoyant mood.

The men from Hazelwood secured an excellent 44-31 victory against Tonbridge Juddians in Round 17 and they are 10 points off Old Redcliffians heading into this potentially vital clash.

“We had a poor result against Canterbury on the weekend, but we are looking to make amends on Saturday against London Irish Wild Geese,” added Bird.

“It is a massive fixture for us. They obviously had a very good win against Tonbridge Juddians last weekend and they will be looking to build on that so it is going to be a real humdinger.

“I think there is pressure on both teams. If we can put London Irish to the sword and get five points, then that will kick us on and hopefully push us up a few spots, but also give us some more breathing space between us and the bottom three.

“We don’t want to be in that fight going down to the last few games in the season again.

“They are a different team to what they had in the first half of the season and they have brought in new coaches. As with any team that brings new voices in, they feel invigorated so it is going to be a really tough game, but hopefully we can deliver.”