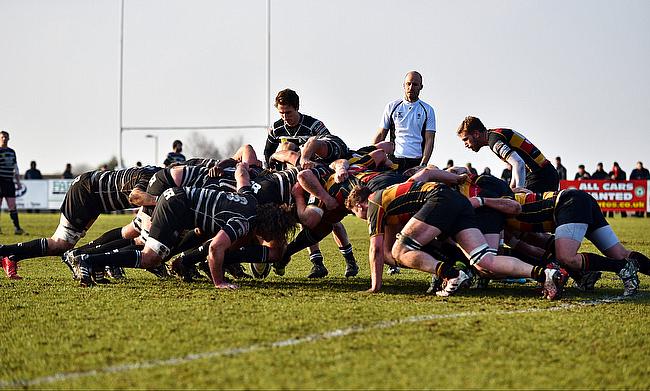 Cinderford are bidding to stay on top of National Two South, but know title rivals Chinnor will be out to topple the current league leaders.

If Cinderford’s short stint in National Two South is going to come to an end this season, then this weekend will give us an indication.

A trip to fellow title challengers Chinnor on Saturday afternoon may go a long way to deciding whether Paul Morris’ side can go up automatically, and while Chinnor lost their unbeaten record against London Irish Wild Geese at the beginning of January, recent victories have kept them on the coattails of the Foresters.

Matt Williams’ men look as though they have recaptured their swagger at the perfect time. An excellent display at Redingensians was followed by a rampant showing against Worthing Raiders so they will be hoping for a similar outcome in Oxfordshire this weekend.

However, Cinderford are also playing with a cutting edge. While a 31-20 defeat in Round Six against Chinnor would have been tough to take, the Gloucestershire outfit have not looked back, winning 13 games on the spin to propel them to the top of National Two South.

Chinnor’s result against London Irish Wild Geese at the start of the month also aided Cinderford’s path to the summit of this division, but ahead of this Saturday, there are only four points separating the two sides as we enter the final third of the season. 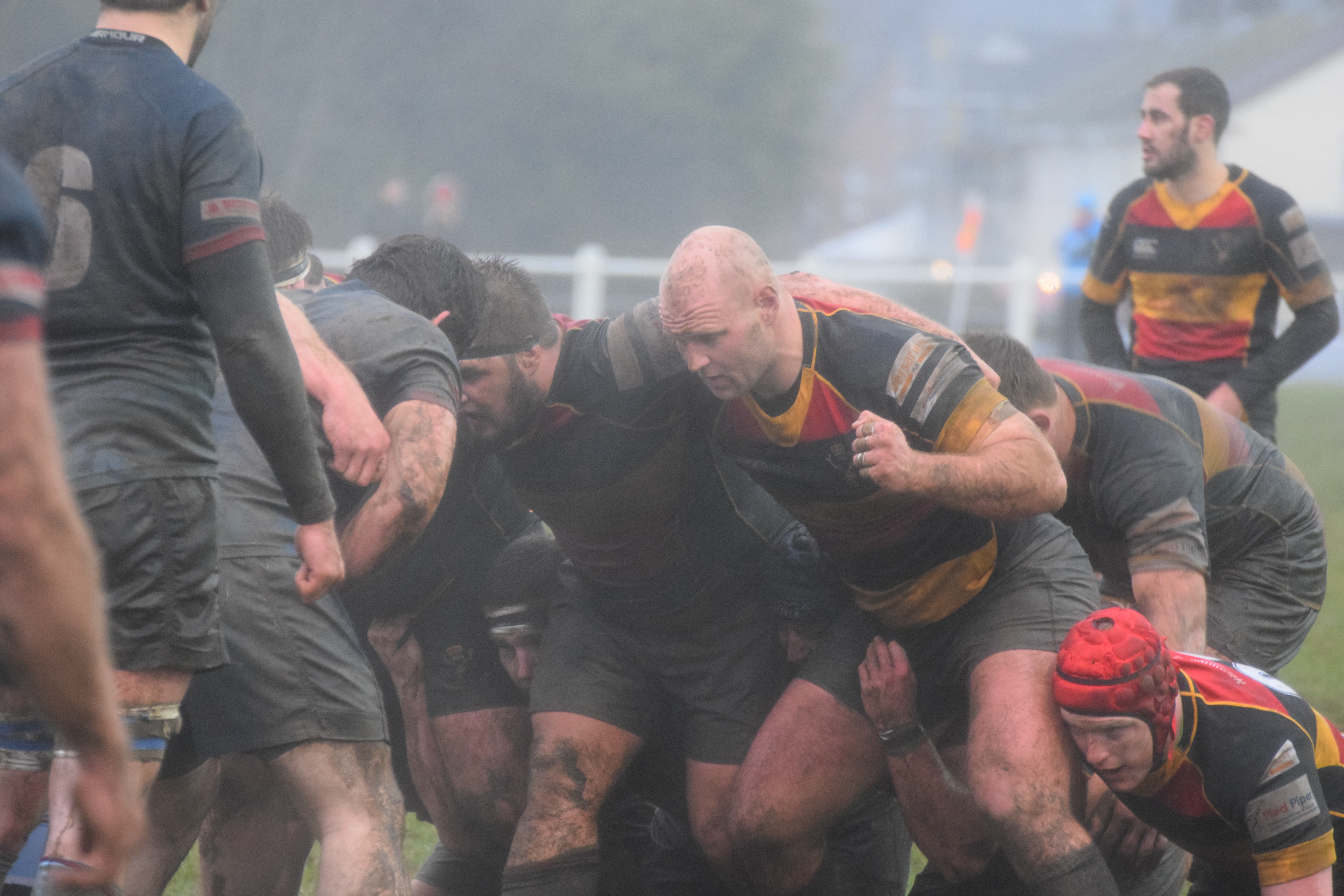 Cinderford Director of Rugby Paul Morris believes his side have exceeded exceptions so far and was pleased by their reaction following their loss against Chinnor earlier in the campaign, but admits this latest fixture will not decide the destination of the league title.

“We are having an excellent season,” Morris told ncarugby.com. “Our understated aim at the start of the season was to get a feeling after training every week that we can win any game that is put in front of us and I think we are achieving that so far and we want that to continue this week.

“We were determined to respond after losing to Chinnor. We didn’t think we did ourselves justice on the day and Chinnor were far more clinical than us and we didn’t match their intensity. But, we reacted well and we come into this away game having picked up maximum points from all 10 of matches on our travels which is stunning.

“Since that defeat, we have improved massively. At the start of this year, we managed to beat a good London Irish Wild Geese side, but last week’s win over Redingensians was big for us.

“What both us and Chinnor have done over the last two weeks has given ourselves an advantage over the other sides in the league and now we get to this game where is is a little bit isolated. It certainly won’t decide who wins the league and a defeat won’t be a fatal blow to either side.”

Should Cinderford leave Kingsey Road with a victory under their belt, they may well be expected to go on and claim the title and a spot in National One for next season. A 14th successive win could leave them with a nine point gap at the summit of this division, but Morris’ opposite number echoes his viewpoint. 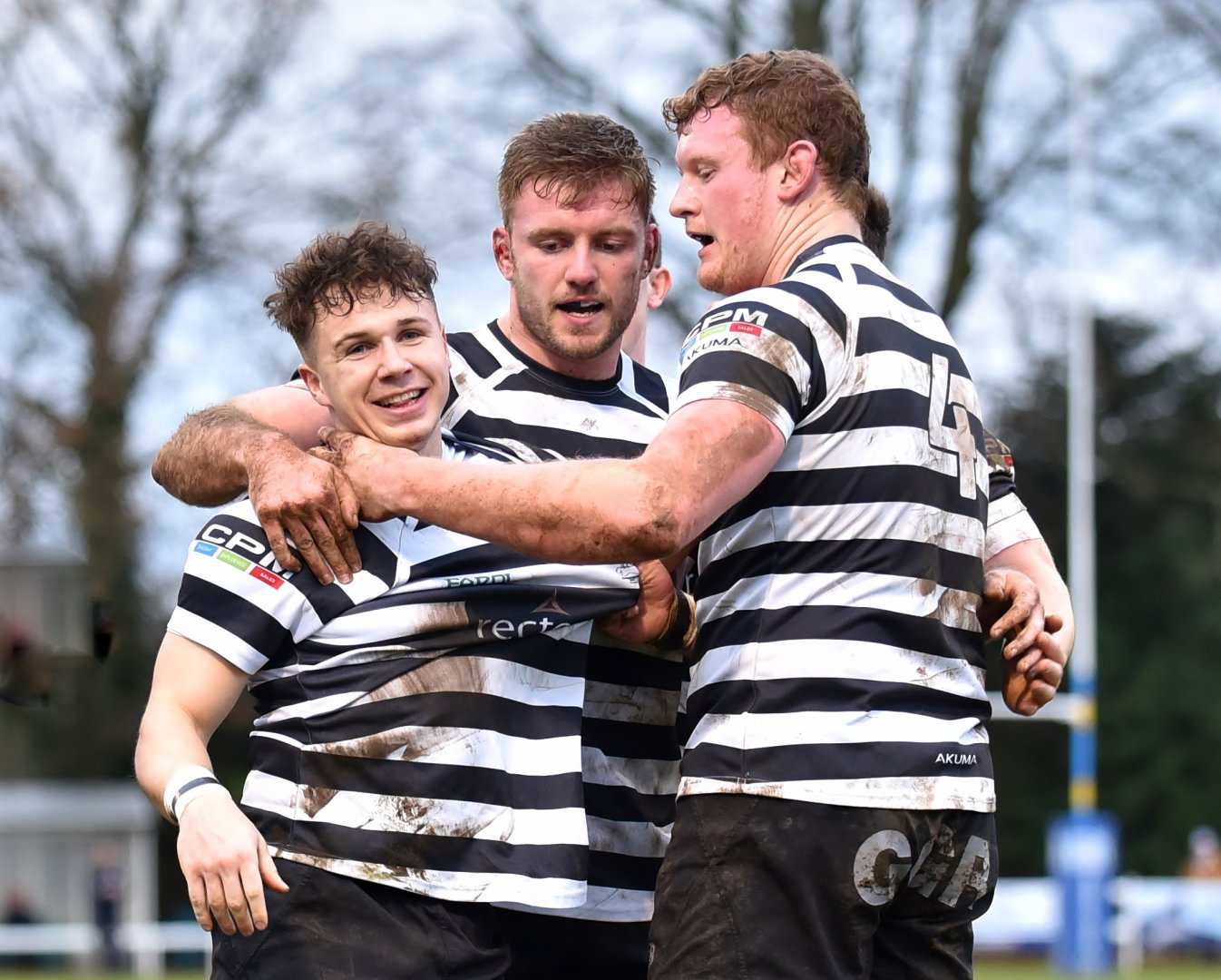 “They are four points in front of us and if beat them and get the correct result then we can go above them in the table.

“But will Saturday’s result dictate who wins the league and who finishes second? No, but Saturday’s result will go a long way towards that. The one thing I have to say with National Two South as it is, is that there will be many more twists and turns before the season is out. Every team is strong in this division.”

Chinnor know all too well about how unpredictable this division can be. A dip in form around the festive period last year, led to the Black and Whites missing out on a top two place on ‘Games Won’, but Williams believes the disappointment has made them more determined this term.

He added: “After our defeat to Wild Geese it was a huge week for us as a club because we played Redingensians and we had to have a very honest conversation.

“The game against Redingensians was probably the most pivotal game we will have this season.  I think if we lose that, then Redingensians are firmly in a three-horse race for promotion, but the first 40 minutes in that game was the best half of rugby we have played all year.

“We are determined to try and get to National One, but before we even think about that, we have to get there. We were so close last season. Missing out still burns, but it is a massive driving force to not make the same mistakes again.”

Williams and Morris both admitted the games in this division continue to grow in stature, none more so than this weekend, with the Cinderford DoR highlighting the size of the opportunity at stake for each team on Saturday afternoon.

“It should be a cracking game,” added Morris. “I look every match as a huge game. Once this is done with Chinnor, there will be another tough game around the corner but both teams know how much of opportunity there is.

“This game is big because it is the top two sides. We are loving our rugby at the moment and if we have a chance of getting to National One, that would be great and it would mean an awful lot.

“But for now, we are enjoying the days building up to this game. Chinnor’s Twitter feed has been quite active. Apparently, they are our bogey team which is quite amusing, but it is just adding to the occasion! We are excited and can’t wait for Saturday to come.”

No use living in the past guys ? looking forward to Saturday ??

There is no shying away from the fact that is is an important fixture. In the last couple of years, the race for promotion has more or less gone the distance: Cambridge and Old Albanian in 2015/16, and Bishop’s Stortford, Old Elthamians and Chinnor last year. It shows that fine margins can make the difference so whichever side comes out on top this weekend, their fate  will be in their own hands for the rest of the season.