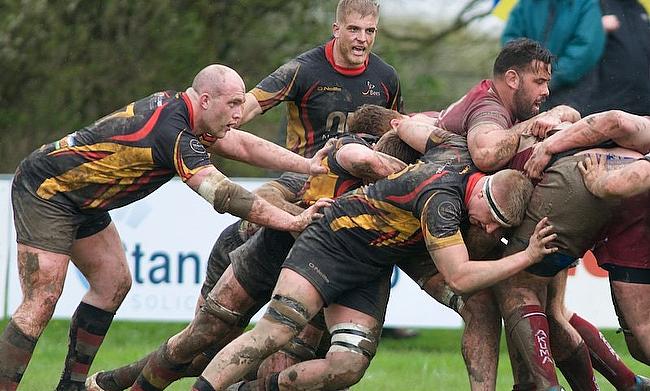 This Saturday, the new campaign gets underway and with a day to go until the 2018/19 term begins, its time have a look at the runners and riders for this year in National Two South.

For the majority of last season, it did feel like the battle for the title was a two-horse race as Cinderford and Chinnor fought for promotion.

In the end, both secured their place in National One for this season so the fight for top spot in National Two South is wide open going into the new campaign.

The newly named Rams RFC, formerly known as Redingensians, were the closest challengers to the frontrunners. Seb Reynolds’s men finished on 112 points last term and have continued their upward trajectory since promotion to National Two South in 2015. It will be interesting to see if finishing third last year was a fluke for the Berkshire side, but the likelihood is that they could be serious contenders for promotion this season.

Both Taunton Titians and Redruth have been knocking on the door of the top two for the last couple of years. For Taunton, it was the same old story for them in 2017/18. Tony Yapp’s side flew out of the blocks and secured nine straight wins but once again, they suffered a dip in form during the Christmas period which derailed their promotion hopes.

As for Redruth, they begun a new era under Pale Nonu and the Cornwall-based side produced another strong campaign. Patchy results did hold them back from breaking into the promotion places and in the end, they had to settled for fifth position. Taunton and Redruth were separated by 12 points last season, but it may now be time for both clubs to take the next step this term.

Thrown into the promotion mix will undoubtedly be Old Albanian. Gavin Hogg’s men were relegated from National One in April following a two-year stint in the third tier after picking up just nine wins all term. Last time OAs were in this division, the men from Woollams finished second and were embroiled in a superb title race with Cambridge. Can the Hertfordshire club produce a similar outcome this time around?

Last year, there were 14 points which separated sixth and 10th place so the teams who were in the midfield may well fancy their chances of pushing up the table. Whilst Cinderford and Chinnor quite rightly received the plaudits for promotion, Tonbridge Juddians were arguably the ‘Team of the Year’ in National Two South.

Peter Dankert’s men were promoted into the fourth tier last April and they took to the division superbly. Having been an unknown quantity last season, captain Mike O’Sullivan believes TJs have to be wary of ‘second season syndrome’ but 2017/18 has provided the Kent club with an excellent platform to build from.

Below TJs were Worthing Raiders, Bury St Edmunds and Henley Hawks. Following a season of flirting with relegation, the Raiders were much improved last term. After an extremely tough start to the campaign, Jody Levett’s men began putting sequences of positive results together, which was something they had failed to do over the last couple of years. Now, it is key for Worthing to continue moving in the right direction.

Time to go again!
Big game to start off as the #Wolfpack host @HenleyHawks at the @GreeneKingIPA Haberden to kick off their 2018/19 #Nat2S campaign. https://t.co/IbxH7DNNxa

Like Worthing, Henley and Bury would have been pleased with their progress. It was all change for the latter in the second half of last season as Jon Curry took over the reins in Suffolk, but despite the upheaval, the Wolfpack sneaked into the top eight. An influx of new signings should add another dimension for Bury who are now enterting their fourth consecutive season at this level. In terms of Henley, they are making baby steps towards the top end of National Two South. Nigel Dudding’s side were relegated from National One in 2016 and have struggled to adapt to life back in this tier of rugby, but last year, they showed snapshots of what they are capable of. The Hawks do travel to Bury this weekend so both sides will be eager to hit the ground running.

Canterbury rounded off the top 10 in National Two South last season and it was another campaign of inconsistency which held the City Men back. Andy Pratt’s side looked more likely to break into the top six then get dragged into a relegation fight, but it was unfortunately another predictable campaign for Canterbury. However, with a great balance between their young players and their more established names, the Kent outfit do have the right ingredients to kick on this term.

Whilst the title race did feel like a foregone conclusion for a large chunk of last year, the fight for survival was far from dull. Going into the final month of the season, six teams were embroiled in an intense relegation battle and one of those sides were Clifton.

The Gloucestershire club picked up five wins from their last seven games to avoid the drop and fly-half Brad Barnes is adamant his side will improve this term and steer clear of danger.

Old Redcliffians and London Irish Wild Geese will be hoping to follow suit. Old Reds finished three points clear of the relegation places to evade an immediate return to the fifth tier which was an excellent achievement, whilst for the second year on the spin, Wild Geese also stayed in this division by a whisker. With four new teams coming up into National Two South, both the aforementioned clubs will be keen to get off to a good start this Saturday.

Speaking of the arrivals to the fourth tier, Barnes, Dings Crusaders, Guernsey and Birmingham and Solihull will also be keen to begin the new campaign in a positive fashion. For Barnes and Dings, National Two South is a league they know well. Barnes made an instant return to this level last season after clinching the London and SE Premier title on the final day of the term whilst for Dings, they are back in this division for the first time since 2015.

A lot has changed for the Crusaders since they exited this league following just three wins from 30 matches three years ago. Now under the guidance of former Bristol player Luke Arscott and with high quality facilities at their new Shaftsbury Park base, Dings have ambitions of being extremely competitive this season after romping to the South West title with a century of points.

For Guernsey and Birmingham Solihull, this season will be a fresh experience. Guernsey wrote a new chapter for themselves last year as they clinched promotion to National Two South for the first time in the club’s history. A play-off win over Bournemouth secured their place in the fourth tier for this season and captain Lewis Hillier is hoping the Islanders can put up a good fight this year.

With 75 per cent of newly promoted sides succumbing to immediate relegation in National Two, their task is always going to be tough, but for Birmingham and Solihull, they are really stepping into the unknown.

Last season, The Bees were crowned Midlands Premier champions after 21 wins from 23 matches and usually, they would have advanced into National Two North. However, due to an imbalance in numbers following the respective promotions and relegations across the National Leagues, Pete Glackin’s side moved into the southern section of National Two.

Broadstreet went down the same path last year and managed just five victories all season, resulting relegation, so Birmingham and Solihull will be keen to avoid the same fate. The men from Portway lost just once at home all term last season and their record on their own patch could be crucial on their return to National Two.